1. Drinking alcohol in moderation is linked to better health  and longer life1  than either abstaining from alcohol or abusing it.

2. Drinking in moderation reduces the risk of developing many diseases. They include these, among others.

3. Moderate drinkers are much less likely than abstainers to have coronary heart disease and heart attacks.3  This is important. Coronary disease is the major cause of death in many other parts of the world.

4. Alcohol abstainers who begin drinking reduce their risk of cardiovascular and other diseases.4

5. Drinking increases the survivability of cardiovascular disease and heart attacks.5

7. Frequent drinkers have more heart-health benefits than those who drink less often.7 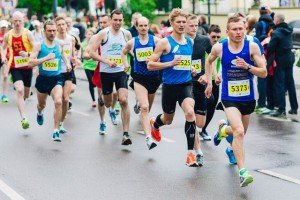 8. Exercising can’t replace the health benefits of drinking in moderation.8

9. Alcohol contains calories. But moderate drinkers tend to weigh the same or less than abstainers.  And they tend to gain less weight as they age.9

11. All the minerals necessary for good health are found in alcoholic beverages.11

12. Alcohol is listed as medicinal in the United States Pharmacopoeia.12  The major use of the very highest proof (“strongest”) alcohol is medicinal.13

Did you know many of these 12  surprising facts about alcohol, drinking and health? Now you know them all.

For More Facts about Alcohol

1-3.  References located at Alcohol and Health.