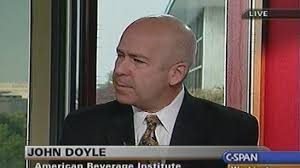 Over seventy-five years ago, states began voting to ratify the 21st Amendment. That marked an important milestone on the road to ending Prohibition nationwide. But a subtler and more insidious movement is now using a back-door approach to de-legitimize social drinking. Some people call it “Prohibition drip by drip” promoted by anti-alcohol activist

This movement is eerily similar to the movement that gave us Prohibition. Like the early 20th century movement, it is well organized, it is self-righteous, and it has sympathetic ears in the media. Nearly all of its supporters seem to be bankrolled in some way by the $8 billion Robert Wood Johnson Foundation (RWJF),. Soit’s even better funded than its pre-Jazz Age forbear.

The foundation has contributed more than $265 million in five years to notable anti-alcohol organizations. These have used that money to fund studies, seminars, fellowships and community outreach programs. All of these attack adult beverage consumption in various ways. These multimillion-dollar checks have financed an army of like-minded advocacy, anti-alcohol activist, grass-roots and “research” organizations. All are aimed at reducing even responsible consumption.

The collective result is a simultaneous, multi-pronged offensive on the way adult beverages are perceived, distributed, sold and consumed.  This assault is designed not to address product abuse but simply to get everyone to drink less.

An alcohol policy conference tunderwritten by the foundation was a modern prohibitionist event. Activists there endorsed an alcohol rationing system, a government monopoly on adult beverage distribution, a total advertising ban, and zoning ordinances to restrict the number and location of “alcohol outlets.” And they redefined outlets to include restaurants.

Anti-alcohol organizations justify these draconian measures with a number of RWJF-funded “studies” that bizarrely (and incorrectly) conclude that alcohol abuse is endemic. Moreover, these reports are nearly unanimous in their calls for everyone to reduce their consumption of adult beverages in order to address this trumped-up “problem.”

The RWJF-funded National Center on Addiction and Substance Abuse (CASA), for example, has produced a study that claimed that the alcohol industry gets the majority of its revenue from “excessive drinking” (CASA defined a couple who splits a bottle of wine over dinner as “excessive drinkers”) and that teenagers consumed a significant portion of all alcohol sold (CASA’s numbers were inflated by more than 100 percent). Another CASA report claimed that so-called “binge” drinking among college women had tripled (the rate has remained steady for decades). CASA studies have been denounced or otherwise criticized by no less than the U.S. General Accounting Office.

Mothers Against Drunk Driving (MADD)  gets millions from the foundation. It’s at the forefront of the movement to marginalize social drinking. It does so by terrorizing responsible adults who dare to have a drink while dining out. This campaign results from a subtle but significant shift in MADD’s strategy.

The battle against drunken driving has been reduced to what a past MADD president called “a hard core of alcoholics.” So MADD is now targeting any adult who drinks — no matter how responsibly — before driving. MADD has transformed its mission from fighting drunken driving to frightening and harassing responsible adults.

Anti-alcohol activists are also employing many of the same tactics used by anti-tobacco forces. To limit alcohol supply, modern prohibitionists call for high excise taxes, bans in public venues such as parks or at sporting events, and restrictive zoning laws — just as anti-tobacco groups did. These groups also follow the tobacco model by calling for an advertising ban, industry-funded anti-product marketing, and massive scare campaigns to demonize all consumption, no matter how responsible.

Constitutional Prohibition has been universally acknowledged as a failure. Attempts to engineer personal behavior via government control don’t work. So the modern prohibitionists are seeking to establish cultural prohibition by classifying adult beverages as an illicit drug that is unacceptable in general society.

And that’s how it all started the first time.

John Doyle is executive director for the American Beverage Institute in Washington, DC. Posted by permission of the author from the Las Vegas Review-Journal. Headings added and edited slightly.