In 2005, South Dakota launched a new approach to reducing drunk driving. It was led by the state’s Attorney General at the time, Larry Long. It’s the 24/7 sobriety program.

The problem of drunk driving was enormous. Over one in five residents admitted to driving while intoxicated. And three of every four (75%) fatal crashes involved someone with a BAC of at least 0.15.

How the Program Works

The 24/7 sobriety program is simple. Drivers convicted of a DUI (driving under the influence) have their BAC tested. It’s tested twice a day, seven days a week. They can have the testing performed at a testing center.  Or they can wear  a device that continuously monitors their BAC.

Failure to appear for the test or having an unacceptable BAC and the offender goes right to jail.

The success of the 24/7 sobriety program has not gone un-noticed. North Dakota and Montana have adopted the system. Other states are investigating the possibility of also doing so. 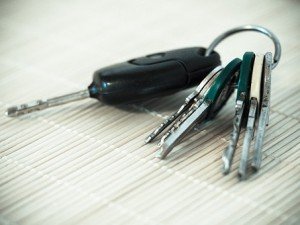 Offenders pay most of the 24/7 sobriety program costs in South Dakota. But the costs for indigenst who qualify come from taxpayers.

These programs have many advantages. The most important is effectiveness. And the program  is supported by convicted offenders. It doesn’t impose a financial  burden or tax increase on innocent residents. It also avoids some of the many problems caused in the use of ignition interlock devices.

But some advantages may not be so obvious. Just like DWI/DUI Courts, the 24/7 programs address the root cause of the drunk driving problem. That is, alcohol abuse. The programs may help problem drinkers either quit drinking or cut down. This might improve the quality of life of the offenders and their families. And it might also reduce burdens on the criminal justice, mental health, and medical systems.

Like DWI/DUI courts, 24/7 sobriety programs might make a major contribution to reducing drunk driving. And also the tragedies it can cause innocent people.