In fact, beliefs, attitudes and norms about alcohol are very powerful. They can either cause or prevent alcohol problems.

Nine Western countries have had large-scale sustained temperance movements in the 19th and/or 20th centuries. They are Australia, Canada, Finland, Great Britain, Iceland, New Zealand, Norway,      Sweden,  and the U.S.

On the other hand, 11 have not. They are Austria, Belgium, Denmark, France, Ireland, Italy, the Netherlands, Portugal, Spain, Switzerland, and Germany.

This chart1 shows that societies with a prohibitionist tradition consume much less alcohol. However, they have much greater problems from that lower consumption. 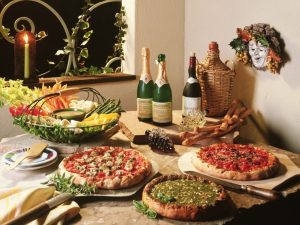 Similarly, consumption rates are high among Italian, Chinese, Greek, and Jews. But alcohol-related problem rates among these groups is very low.

On the other hand, abstention rates among the Irish are among the very highest in the Western world. But they have a very high rate of drinking problems both in Ireland and the U.S. 2

In short, higher drinking levels aren’t the cause of alcohol problems.