As a result, no agent of government may legally require anyone to attend AA.

I. AA is Religious

AA is Based on Religion

Founders of AA were members of a fundamentalist Protestant Christian movement, the Oxford Group. Its members “practiced absolute surrender, guidance by the Holy Spirit, sharing in fellowship, life changing faith, and prayer. They aimed for absolute standards of Love, Purity, Honesty, and Unselfishness, which later became an integral part of A.A.”1

In fact, AA emerged directly out of the Oxford Group. That occurred when Bill W. asked alcoholic members of an Oxford meeting to meet with him separately. He later wrote that “the early A.A. got its ideas of self-examination, acknowledgement of character defects, restitution for harm done, and working with others straight from the Oxford Groups and directly from Sam Shoemaker, their former leader in America, and from nowhere else.”2

Over half of AA’s 12 steps are clearly religious or spiritual. It states we:

2. Came to believe that a Power greater than ourselves could restore us to sanity.

3.  Made a decision to turn our will and our lives over to the care of God as we understood Him.

5.  Admitted to God, to ourselves, and to another human being the exact nature of our wrongs.

6.  Were entirely ready to have God remove all these defects of character.

7.  Humbly asked Him to remove our shortcomings.

11. Sought through prayer and meditation to improve our conscious contact with God, as we understood Him, praying only for knowledge of His will for us and the power to carry that out.

12. Having had a spiritual awakening as the result of these Steps, we tried to carry this message to alcoholics, and to practice these principles in all our affairs.

AA also states that “For our group purpose there is but one ultimate authority – a loving God as He may express Himself in our group conscience.”3 (Emphasis added.)

The Establishment Clause is part of the First Amendment of the U.S. Constitution. It prohibits government from making any law “respecting an establishment of religion.” In effect, it places a wall between government and religion or spirituality.

Thus, the U.S. Supreme Court holds that government can not require religious participation.

Lower courts have found that AA is religious. In fact,

“By 2001, two circuit courts, at least three district courts, and two state supreme courts had all considered whether prisoners or parolees could be forced to attend religion-based treatment programs. Their unanimous conclusion was that such coercion was unconstitutional.”4

Since that time, additional courts agree. For example, in 2007, the U.S. Circuit Court of Appeals heard Inouye v. Kemna. The court examined the AA program. It held that it had “such substantial religious components that governmentally compelled participation in it violated the Establishment Clause.”5

AA often argues that it is spiritual rather than religious. However, after carefully examining the evidence courts reject that claim.

It’s illegal for any government employee or agency to force you to attend AA or any other 12-step program.

This website doesn’t provide legal advice. Therefore, you’re on your own in deciding what to do if forced to attend AA.

You might first request attending an alternative to AA. There are many. You can see some below. And not all require in-person attendance.

You might also provide copies of this page to the government employee and that person’s supervisor. This may be enough to get relief. In any case, they can’t later claim ignorance of the law. And keeping a detailed record of all events is important.

If your efforts fail, you might contact the local chapter of the ACLU for advice and legal help. Even just a letter from that group might enable you to have an alternative.

Of course, you might simply choose to attend AA or other 12-step program as the easiest alternative. Furthermore, realize that “suing over forced participation in a faith-based treatment model is indeed ‘an arduous and time-consuming procedure.'”6

Your choice may not be an easy one. However, consider reading Resisting Twelve-Step Coercion. How to Fight Forced Participation in AA, NA or Twelve-Step Treatment.

IV. Resources for AA is Religious 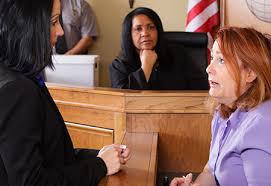