This page will help you understand Alabama alcohol laws and avoid expensive fines or even jail. Not to mention time and embarrassment.

Alabama alcohol laws express the beliefs of its residents. The state was a strong temperance supporter. So it’s not surprising that its laws reflect continuing suspicion about alcohol.

Many young people would like to get part-time jobs. Some of the best are in the hospitality. These jobs usually involve alcohol.

Youths need to know the minimum ages for these jobs. How old must they be to sell alcohol for off-site drinking? To serve alcohol in a restaurant? For tending bar?

Alabama alcohol laws require adults to be at least 19 to be alcohol servers. They must be at least 21 to be bartenders. In both cases, there must be superviser. But the law doesn’t state an age for the supervisor.

There is no required age to sell wine or beer in a store for use off-site. However, persons must be at least 21 to sell spirits in such a venue. Again, a manager or supervisor of unspecified age must be present.

This distinction appears to be based on a myth. It’s that spirits are more “alcoholic” than others. But standard servings of beer, wine and spirits all have the same amount of alcohol. Specifically, each has 0.6 ounce of pure alcohol. When it comes to alcohol content, they’re identical.

It is also illegal for anyone under 21 to drive with a blood alcohol concentration (BAC) over 0.02%.

It is against Alabama’s alcohol laws for anyone under the age of 21 to consume alcohol. That includes adults aged 18, 19, and 20. And it also includes active members of the U.S. military.

Grocery and convenience stores may sell wine with under 14% alcohol. They may also sell beer under 6% alcohol.

It violates the law to serve alcoholic beverages after 2 a.m.

It’s a violation of Alabama alcohol laws to sell alcohol to anyone under the age of 21. The state can convict retailers if they don’t recognize a false ID and sell alcohol as a result.

Alabama has a number of dry counties and other areas. Here’s a wet/dry map of Alabama.

Here’s a list of the wet municipalities in Alabama. People under 21 may not consume any alcohol. That means any amount. Any time. For any reason. Period. There are no exceptions.

Thus, those under 21 may not take communion wine. Or wine with Seder. Parents may not serve their own children in their own homes. The U.S. Constitutional right of religious freedom? It doesn’t seem to exist for those under 21 in the state.

It’s a violation of Alabama alcohol laws to drive under the (DUI) influence of alcohol or drugs. DUI occurs if a driver has a BAC of

However, police have wide discretion. Therefore, they may arrest drivers for DUI who have BACs below these limits 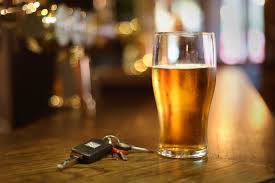 The exact penalties for DUI vary because of many factors. They include age, BAC level, type of driver’s license, defendants demeanor, and the judge. Nevertheless, this is the general pattern.

Driver’s license suspensions are automatic upon arrest. They occur even if the driver is innocent. All drivers whose licenses are under suspension must complete a substance abuse or DUI court referral program. And do so at their own expense.

An Ignition interlock device (IID) prevents a vehicle from starting if alcohol is on the breath of the driver. When a judge orders an IID, the offender must pay all installation, maintenance, and monitoring costs. Judges may order an IID if any one of the following applies to the offender.

All drivers have a U.S. Constitutional right to refuse chemical testing. However, the state punishes drivers who use their right. The punishments may include the following.

First Use of Right

Second Use of Right

Alabama alcohol laws punish drivers who use their Constitutional right to decline submitting to chemical testing. However, there is no legal punishment for not taking a field sobriety test.

Field sobriety tests are very unreliable. For example, 30% of completely sober people fail to pass them. That is, about one of every three people with zero alcohol (BAC of 0.00%) fail them!

For this reason, lawyers strongly urge drivers to never, ever take a field sobriety test. They say to politely decline.  And to do so as often as necessary. So it might be wise to follow their advice.

Police have many ways of convincing drivers to take them. For example many insist that the law requires it. But no law in the U.S. does. When police pull drivers over for suspected DUI, they are conducting criminal investigations. It’s legal for them to lie. If you are a suspect in a crime, the officer is never your friend or ally. So don’t be fooled.

Alabama alcohol laws prohibit boating under the influence (BUI). Specifically, operating any vessel while intoxicated from alcohol. But it could be from any combination alcohol and controlled substances, or drugs.

Intoxication exists if any of the following applies to the operator.

Penalties for BUI depend on BAC level, prior offenses, offender demeanor, the specific judge, and other factors. However, the following is a general guideline.

Judge must impose at least double the usual penalties for any BUI if the BAC was 0.15% or higher. Also if anyone under age 14 was in the vehicle.

A BUI offender who causes serious physical injury is guilty of assault in the first degree. The penalty is generally prison for two to 20 years. Also the fine can be up to $30,000.

A BUI offender who causes death of can is guilty of criminally negligent homicide. The penalty is generally one year and one day to ten years in prison. The fine can also be up to $15,000. Surprisingly, the penalties for causing death are less than for causing injuries.

The state state punishes boat operators who use their Constitutional right to decline submitting to chemical testing. To do so, it punishes the same as vehicle drivers. That is, the punishments apply to their vehicles.

First Use of  Right

Second Use of  Right

So it’s clearly a good idea not to drink and operate a boat or other water device.

Alabama alcohol laws can change. So do court  interpretation. They may conflict. Or be vague. So do not rely on this site. Nor on any other site.

Be aware. Neighbors may give advice. Friends may also do so. Even colleagues. And, of course, family members may chime in. Smile and thank them. Then ignore their advice. It’s worth what you paid. That is, not much. And even worse, it may be misleading.

Get information and advice about Alabama alcohol laws from an expert. That is a lawyer holding a license in the state.