This page will help you understand Alaska alcohol laws and avoid expensive fines or even jail. Not to mention time and embarrassment.

Alaska alcohol laws cover the biggest state in the U.S. It has many dozens of dry and “moist” towns and villages. That is, they have various levels of prohibition themselves.

When visiting the state it’s important to know and follow Alaskan alcohol laws. They may not be the same as elsewhere.

Young people may want to work in the summer tourist season. Many of those jobs involve alcohol. Youths want to know the minimum age for working in such jobs.

Alaska alcohol laws are clear in this regard. Only those age 21 or older may work in these jobs. However, adults age 18 through 20 may work in a licensed eating place. But they  may not sell or serve alcoholic beverages.

Persons of any age under 21 may drink alcohol in private locations. A parent,

guardian, or spouse at least 21 must be present. Many parents do this to teach drinking in moderation. They think it’s better to learn to drink in the parents’ house than in a fraternity house.

Alaska alcohol laws make buying alcohol under the age of 21 illegal. But those under that age may legally help police entrap sales clerks.

It’s a criminal act to use of a false ID. Alaska led in letting retailers sue those who use a false ID. They may recover losses from making what they thought was a legal sale.

It is illegal for anyone under 21, with a blood alcohol concentration (BAC) greater than 0.00%, to drive. That is, they may have no alcohol in their systems.

Alaska alcohol laws allow licensed businesses to serve alcohol from 8 am until 5 am the following morning every day of the year except election days.

However, the state law permits local jurisdictions to pass their own drinking ordinances. Thus, they may restrict sales hours and days. Or they may choose to permit sales on election days. In reality, all of Alaska’s larger cities and many of its smaller communities restrict sales hours.

Licensed businesses may refuse to serve alcohol to a pregnant woman.

It’s unlawful for anyone under age 21 to buy, or attempt to buy, alcohol

The penalty for using a false ID is a fine of not more than $5,000. That’s in addition to jail for no more than one year.

People may buy alcohol from outside the state under two conditions. One is that it’s for personal use. That is, it’s not for resale. The other is that they don’t live in a community that prohibits it.


It’s illegal to be intoxicated in any bar in Alaska.

Those under 21 may drink non-alcoholic beer or wine. That is, beverages having less than 0.5% alcohol. Their no different legally than coffee, tea, or soft drinks.

Those under age 21 may not enter licensed premises unless with a parent, guardian, or spouse age 21 or older.

Visit Avoid a DUI in Alaska (5 Things You Need to Know about DUI).

Alaska alcohol laws prohibit anyone under age 21 to drive with any measurable alcohol in their blood. Most states set the limit at 0.02% rather than 0.00%.

They do so for several reasons. One is that breathalyzers are inaccurate. They don’t actually measure BAC. They only estimate it.

Another reason is that many medications and foods contain alcohol. A third is that everyone produces alcohol in their bodies 24/7. Therefore, setting the limit at 0.02% reduces the chance of falsely convicting innocent people.

Drivers under 21 who have a breathalyzer reading of over 0.00 have driving license suspensions. These are the lengths of those suspensions.

The mandatory penalties for a first conviction of driving under the influence (DUI) are severe.

All drivers have a U.S. Constitutional right to decline submitting to a chemical BAC test. However, if they do so, the state punishes them with both administrative and criminal penalties.

Even those acquitted of DUI face separate penalties for using their Constitutional right. Administrative penalties may include driver’s license revocation. Also installation of an ignition interlock device (IID) at the driver’s considerable expense. And also the mandatory Alcohol Safety Action Program.

However, punishments do not apply to declining to submit to a field sobriety test. These are highly inaccurate. Indeed, about one-third of completely sober people fail them. That is, people with a BAC of 0.00%.

Police learn ways to talk drivers into taking a field sobriety test. While investigating, police can and do legally lie. They often say the law requires it. To the contrary, no state in the country requires it. So don’t be a sucker.

Lawyers strongly urge people never to take a field sobriety test. They say to politely refuse. And to do so as many times as necessary.

Of course, never drive after drinking.

Alaska alcohol laws prohibit boating while intoxicated (BWI). That’s operating a vessel while under the influence of

A BAC of 0.08% within four hours of vessel operation is intoxication under Alaska alcohol laws.

These are the penalties for BWI. 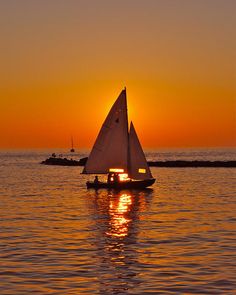 A first conviction carries a fine of at least $1,500 and jail for at least 72 hours.

A third or later conviction triggers a fine of at least $4,000 and jail for at least 60 days.

Circumstances and the judge may add other penalties. They include vehicle driver’s license suspension for at least 30 days. And also vessel forfeiture.

The state can argue in court that refusing a BAC test proves guilt. Of course it doesn’t. However, it may convince jurors.

Alaskan alcohol laws, as in other states, can often be hard to understand. A mistake can be costly. Lawyers spend years learning law. It’s not a do it yourself task. Don’t rely on this site. Nor on any other site.

Get facts and advice about Alaska alcohol laws from an expert. That is a lawyer holding a license in the state. Alcohol attitudes and enforcement practices vary widely across this vast state. So it makes good sense to select a lawyer in the locality of concern.