What are drinking problems? How serious is alcohol abuse among young people? What is the trend in drunk driving? What help is available for alcoholism?

To some college students, heavy drinking that leads to vomiting is not alcohol abuse. It’s simply having a good time and being “one of the gang.”

And to many whose religion requires abstinence, simply tasting an alcohol beverage is not only alcohol abuse but a sin.

To many activists, a married adult couple quietly enjoying a drink with their dinner is guilty of abusing alcohol. That is, if they happen to be twenty years of age.

To the National Highway Traffic Safety Administration (NIAAA) it’s an accident that’s alcohol related. For example, if a driver whose had a drink is sitting at a red light and rear-ended by a teetotaler. It considers such a crash to be implicitly caused by alcohol abuse. Or if an officer sees a beer can on the ground near a crash, it’s alcohol-related.

Our historical background and multi-cultural population have created wide and strong disagreements over what’s alcohol abuse. 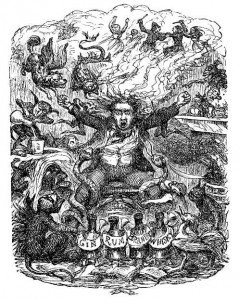 A barrage of newspaper articles and TV shows claim that drinking among young people is a growing epidemic. However, the fact is quite the contrary.

Drinking among young people is actually on the decline. And it’s been so for 40 years. For example, look at the statistics on drinking among high school students.

The proportion of high school seniors who have ever consumed alcohol is down (fig 1).3

The proportion of high school seniors who have consumed alcohol within previous year is down (fig 2).4

The proportion of high school seniors who have consumed alcohol within previous 30 days is down (fig 3).5

The proportion of high school seniors who have recently consumed alcohol daily is down (fig 4).6

The proportion of high school seniors who have consumed 5 or more drinks on an occasion within previous two weeks is down (fig 5).7

College student drinking attracts much attention in the press. But the proportion of college freshmen who drink continues to decrease.9

While we must do even more to reduce drunk driving, we have already accomplished a great deal. Alcohol-related traffic fatalities have dropped steadily.

The declining proportion of accidents involving intoxication is good news. However, we can do even more to reduce drunk driving deaths. Through our individual actions we can do much right now to protect ourselves and others.

Fetal Alcohol Syndrome (FAS) is an irreversible condition associated with excessive consumption of alcohol by pregnant women. Therefore, it is completely preventable. Each and every case of FAS is a needless tragedy. Victims suffer serious physical deformities and often mental deficiencies. And, they suffer these problems for their entire lives.

Most cases occur among alcoholics who consume alcohol heavily throughout their pregnancies. It’s usually in combination with smoking and often illegal drug use. However, no one knows for certain what level of alcohol consumption is safe for a pregnant woman.

While it would appear that moderate consumption is safe, the safer choice would be to abstain.15

Of course, tobacco and illegal drugs are clearly to be avoided. In addition, a pregnant woman should have good nutrition and see her doctor on a regular.16

Cirrhosis of the liver is probably the most widely recognized medical complication of chronic alcoholism.17 It is a grave and irreversible condition characterized by a progressive replacement of healthy liver tissue with scars, which can lead to liver failure and death.18 Fortunately, the abuse of alcohol is down and so is cirrhosis.19

Secular Organizations For Sobriety (SOS), also known as Save Our Selves, stresses the need to place the highest priority on sobriety and uses mutual support to assist members in achieving this goal. The Suggested Guidelines for Sobriety emphasize rational decision-making and are not religious or spiritual in nature.

Self-Management and Recovery Training (SMART Recovery) views alcohol dependence as a bad habit and attempts to use common sense techniques to break the habit.

Women for Sobriety mutual support groups work to enhance the self-esteem of members. Women for Sobriety groups are non-religious and the meetings also differ from those of AA in that they prohibit the use of tobacco, caffeine and sugar.

Drink Wise/Age Well (UK) is a brief, confidential educational program for people with mild to moderate alcohol problems who want to eliminate the negative consequences of their drinking.

Alcoholics Anonymous (AA) is the oldest and best-known “twelve-step” program of self-help for alcoholics who wish to abstain from drinking alcohol. Founded in 1935 and based on a religious movement of the time, members must follow the Twelve Steps of Alcoholics Anonymous. Learn about the effectiveness of AA.

Al-anon seeks to help families and friends of alcoholics recover from the effects of living with alcohol abuse. Alateen is a program that attempts to help young people recover. Al-anon members sponsor it. Both Al-anon and Alateen are adapted from Alcoholics Anonymous and are based on the Twelve Steps.