Reducing Student Alcohol Abuse (What Works and What Doesn’t)

In reporting the findings of a study1 on the subject, the New York Times failed to report accurately. It wrote that the research “suggested that fairly simple public policy changes” might greatly reduce underage drinking.

The Times concluded this because after adjusting or “controlling for sex, race, parental education, school grade and more than a dozen other variables, the researchers found that exposure to advertising in sixth grade strongly predicted drinking in seventh grade.”

STATS to the Rescue

However, the Statistical Assessment Service (STATS)2 of George Mason University read the report carefully. (It collaborates with the American Statistical Association.) Apparently, the New York Times didn’t actually look at the actual data in the study. It may have only read a press release.

The newspaper reported the following fact correctly. Students who saw TV beer ads during the sixth grade were much more likely to drink in the seventh. However, it failed to report other factors that correlated more highly with later drinking alcohol in the seventh grade.

The newspaper also neglected to report the researchers’ more  important analysis of the data. Specifically, they calculated the effect of these factors on one another. This much more closely approximates the “real world” and it dramatically changed the results.

Neither Simple nor Effective

So it turns out that prohibiting alcohol ads on TV wouldn’t be a simple and effective way to reduce underage drinking.  It wouldn’t be simple because advertising  legal products is protected by the First Amendment of the U.S. Constitution. Courts refer to it as commercial free speech.

In addition, prohibiting alcohol ads would almost certainly be ineffective in reducing underage drinking. There’s a low correlation between the ads and later drinking. However, there is no evidence that alcohol ads cause young people to begin drinking. That’s the conclusion of research done around the world for decades by governments, health agencies and universities.

What Alcohol Ads Can Do 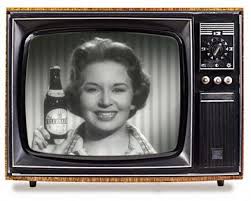 Alcohol producers advertise their products because effective advertisers can increase their share of the market. They gain te at the expense of their competitors, who lose market share.

Deceptive Alcohol Statistics: How They Do It (Don’t be Fooled!)