Researchers wanted to know if there is a link between drinking alcohol and blood vessel function or health.

The endothelium is the thin interior surface of small blood vessels. Endothelial dysfunction (ED) is when it fails to perform all of its important functions normally. As a result, several bad things can happen to the tissues supplied by those arteries. For example, ED is a risk factor for heart and vessel diseases. That includes heart attacks and clogged arteries.

I. Study of Alcohol and Blood Vessel Function

Researchers looked at the effects of drinking alcohol on ED. Their study was cross sectional and population-based. They measured ED by means of flow-mediated dilation (FMD).

Moderate drinkers were those having up to two drinks per day. It could be beer, wine, or spirits (liquor). Such drinkers had much higher (better) FMD scores than did alcohol abstainers. 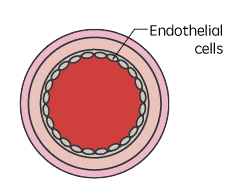 But could other things be causing the link? To see, the investigators adjusted for such things as gender, race, body mass index (BMI), coronary artery disease, and others. Yet the relationship continued. That is, moderate drinkers had much better FMD scores than abstainers.

Reducing ED may be yet another reason that moderate drinking contributes to better health and longer life.

A risk factor is anything that increases the chance of ED. Some we can change. Others we can’t. Risk factors include these.

Alcohol and Stroke Risk: Effects of Drinking on Risk of Stroke.

This website is for information only. Thus it makes no suggestions about alcohol and blood vessel function or health.