The subject of alcohol and cataracts is important. Most people drink alcohol, and as we age, our chances of having cataracts increase.

Cataracts are clouding of the eye lens. They may occur in one or both eyes. If untreated, they can lead to blindness.

Cataracts are the leading cause of blindness in both developed and developing countries. As populations age, cataracts and their visual impairment increase.

Signs of cataracts may include any of these.

If any of these problems occur, see an eye doctor.

Keeping that in mind, here are some risk factors for cataracts.

Chua and colleagues1 analyzed 469,387 participants of the UK Biobank. They also studied 23,162 participants of EPIC-Norfolk.  The mean age of the former was 56. That of the latter was 59.

The researchers followed those in the UK Biobank for about eight years. And they followed the others for over 16 years. During those periods, there were 23,584 cataract surgeries. 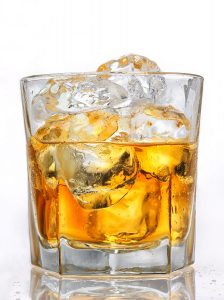 They found that drinkers were less to have cataract surgery than were non-drinkers. Drinkers in the Biobank were 11% less likely and those in EPIC were 10% less likely. Of course, Chua and colleagues adjusted for covariables.

On the other hand, they found in EPIC that greater consumption was associated with reduced risk.

Before these studies, there were two reviews of research evidence.

Beer, wine, and liquor (spirits) in moderation generally have the same health benefits.

The researchers concluded that moderate drinking may be protective against cataracts. On the other hand, they found that heavy drinking increased the risk.

Wang and Zhang3 examined seven studies with a total of 119,706 participants. They defined heavy drinking as two or more daily drinks. Moderate drinking was consuming less than heavy drinking but more than abstaining. In both cases, the definition applied to men and to women. Wang and Zhang compared drinkers with abstainers.

Narins, B. The Gale Encyclopedia of Senior Health. A Guide for Seniors and Their Caregivers. Farmington Hills: Gale, 2021.

This website takes no view on drinking alcohol and cataracts. So, as always, see your eye doctor for any concerns.