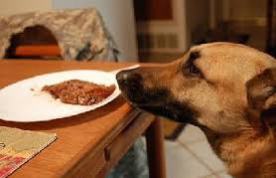 Cognitive control is the ability to to choose an appropriate behavior over one that you’ve decided is inappropriate. That is, one that is inconsistent with your long-term goals. Think of it as willpower when you’re on a diet. That takes cognitive control.

Adolescence is a time of major decision making. Decisions made during that period can have a lasting influence in later life. They surround education, sexuality, substance use, relationships, and many other areas.

Researchers at Technische Universität (Dresden, Germany) investigated the matter. To do so, they made a longitudinal study. That is, a study over time following the same individuals. They used a community-based sample of 92 adolescents. The investigators tested the young people for cognitive control at ages 14, 16 and 18.

Average alcohol consumption was low. The mean was just under four drinks per week. Cognitive control at age 14 did not predict drinking behavior at age 18.

Between ages 14 and 18, control abilities increased. However, they increased much more among those adolesents who drank the most alcohol.

The researchers concluded that low levels of alcohol consumption among adolescents did not harm cognitive control abilities. Indeed, adolesents who drank the most alcohol had the best development of control abilities.

Resources on Alcohol and Cognitive Control

Cognitive Control. (webpage from U Iowa)

Rachlin, H. The Science of Self-control. Cambridge: Harvard U Press, 2000.