The relation between drinking alcohol and cognitive function in ageing (or aging) is important. Most people drink and most look forward to mentally active ageing. But is there a connection between the two?

Researchers wanted to learn the answer. Therefore, they looked at participants drawn from the Health and Retirement Study (HRS).

That’s a nationally representative sample of US middle-aged and older adults.

Participants had taken an initial cognitive test. Then researchers chose those who had taken at least three additional tests during a 13 year period. As a result, researchers analyzed 19,887 people. Researchers studied individuals over an average of 9.1 years.

Researchers focused on rates of change for the cognitive domains of mental status, word recall, and vocabulary. To do so, they identified two groups. One was a consistently low trajectory group. It had low cognitive scores throughout the study period. The other was a consistently high trajectory group. It had high cognitive scores throughout the study.

Most research finds that the benefits of drinking in moderation apply to all forms. That is, to wine, beer, and spirits or liquor.

Researchers then made comparisons with never drinkers. Low to moderate drinkers were much more likely to have consistently high cognitive scores. In addition, they also had much lower annual rates of decline in cognitive functions. 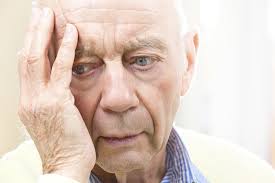 Abstaining from Alcohol is a Risk Factor for Dementia.

This site makes no recommendations about alcohol and cognitive function. Nor does it make any suggestions.