Researchers wanted to test drinking alcohol and dementia risk. In this case, they studied older Mexican-Americans. 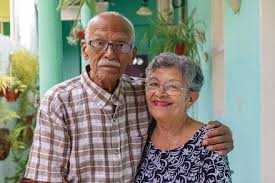 In 2004/05 they studied a group of people. They were aged 75 or older. It was an analysis of 1,255 people. All were Mexican-Americans living in the U.S. southwest. They were tested for memory, language, and orientation. Also for attention, and visual-spatial skills. They had no dementia at that time. And they took the same test in 2020/21.

People were grouped as

Research shows that drinking alcohol and dementia risk is lower among older adults. That’s been found repeatedly in studies of older non-Hispanic white people. This is true in the U.S. and other countries.

Researchers now found “the association between late life alcohol consumption and dementia risk among Hispanic older adults.” That is, just like among others, drinking alcohol reduces the risk of dementia.

Villarreal Rizzo, A. and Downer B. The Link between Late-Life Alcohol Consumption and Dementia. Geron Geri Med. 2022, 8.

This website for information only. So it makes no suggestions about alcohol and dementia risk.