Mixed messages about drinking should be avoided. Alcohol abuse prevention agencies and groups warn us against sending mixed messages. They fear that such messages will confuse people and dilute educational efforts.

But what is a mixed message and how can we recognize one?

Do any of these statements send a mixed message? If so, which is (or are) the offending one(s)

2. There is nothing wrong with social drinking as long as one stays within moderation and does not drive after drinking.

3. It’s fine to relax with a beer at the end of a hard day. But know your limit.

4. Many people use alcohol in social settings to relax and to celebrate special occasions.

5. If you want to teach your children to be responsible with alcohol, be a responsible drinker yourself.

6. Part of growing up is learning how to make wise decisions. If you choose to drink, drink responsibly. Don’t overdo it. And don’t drink and drive.

7. Any substance, in and of itself, is neither good nor bad. It is only the improper use, misuse, or abuse of substances that is bad.

Actually, all of these are identified by the US government’s Center for Substance Abuse Prevention as sending mixed messages about drinking and alcohol.1 It cautions us not to use such mixed messages.

But are any of these statements incorrect? No. Do any of them mislead? No. 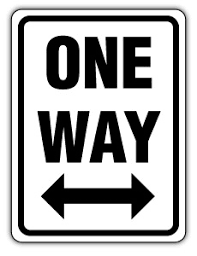 They are offensive only because they don’t support the abstinence ideology that the government promotes.

All of these supposedly dangerous statements are typical of societies in which drinking is common but alcohol abuse is uncommon.

Far from being dangerous, they are actually protective of alcohol abuse. Therefore, we should promote rather than discredit them. In reality, suppressing them promotes alcohol abuse!

The current concern over mixed messages is not new. Temperance advocates thought that alcohol was a dangerous poison that should never be consumed.

However, doctors routinely prescribed alcohol for its health and therapeutic benefits. Therefore, temperance leaders insisted that textbooks never ever mention this fact. That’s because it would send a “mixed message.” So ideology prevailed over truth and balance then as it does now. 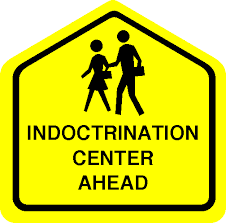 And it’s inconsistent with helping people make well-informed decisions based on the best available evidence. It may be useful in a dictatorship, but not in a free society.

After repeatedly deceiving students, we’re surprised that they no longer trust us or believe what we tell them about alcohol. And, of course, our credibility and effectiveness evaporates. Prohibiting “mixed messages” is counter-productive in the long run.

We need to have the honesty and integrity to present the whole truth rather than suppressing information in the misguided belief that it benefits people.