Peripheral arterial disease is caused by plaque (fat and cholesterol) in the arteries that supply the extremities. The plaque narrows the arteries and decrease blood flow. It usually causes leg problems. The most common symptom of PAD is leg pain while walking (claudication).

Over 200 million people around the world suffer the disease. This is important because PAD increases the risk of heart attack and stroke. People want to know the answer to a simple question. That is, are drinking alcohol and PAD related? And if so, how?

I. Other Symptoms of PAD

II. Research on Alcohol and PAD

The Strong Heart Study involved 4,549 people the aged 45-74 years. Researchers found that those who drank alcohol were less likely to have PAD. It’s important that the researchers controlled for relevant factors. That is, they took into consideration such things as age, blood pressure, and cholesterol levels. That’s because such things are possible alternative explanations for the relationship.

The Rotterdam Study was in the Netherlands. Researchers studied 3,975 people aged 55 and older. They controlled relevant factors. The study found that drinking alcohol reduced PAD among non-smokers. It also found among smoking women but not among smoking men.

The Physicians’ Health Study is a randomized trial of 22, 071 male physicians in the U.S. Researchers followed them for 11 years. During that time 433 developed PAD.

The researchers controlled for age, smoking, exercise, diabetes, and family history of heart attack. They defined daily drinkers as having seven or more drinks per week. Then they compared them to those who had less than one drink per week. Daily drinkers had 16% lower risk of PAD. 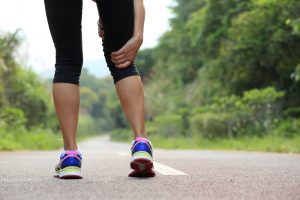 The Framingham Heart Study is a population-based cohort study that began in 1948 in Framingham, MA. Researchers are now studying the third generation of participants. They examined intermittent claudication (IC), a major symptom of PAD.

The study controlled for many relevant factors. It found that the greatest reduction in IC risk was at about one to two daily drinks for men. For women, it was at about one-half to one drink per day.

You can control these risk factors. That is, things that increase your risk of PAD.