On the other hand, we also know that moderate drinking is associated with reduced risk of developing thyroid cancer. Also lymphoma, kidney (renal) cancer, and certain other cancers. 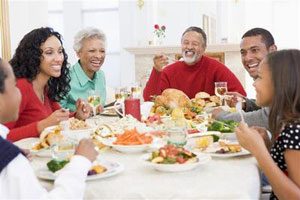 Researchers wanted to know the connections between alcohol and risk of dying from cancer. To do so, they made a meta-analysis of 18 prospective cohort studies. These 18 studies all followed people over time. During those periods, almost 50,000 people died from different causes..

This enabled the researchers to compare those who died from cancer with those who didn’t. One of the many things they looked at was alcohol consumption. Thus, they were able to place people into different consumption levels.

I. Drinkers who had up to about one drink per day. They called these “light drinkers.” However, U.S. federal guidelines would call drinking at that level by women moderate drinking. Men who are moderate drinkers could have up to two daily drinks.

These drinkers had a 9% lower risk of dying from cancer. That’s in comparison with non-drinkers or occasional drinkers.

These drinkers had no increase in risk.

III. Drinkers who had over about four and one-third drinks per day. The researchers called these heavy drinkers. They had a higher risk than non-drinkers or occasional drinkers.

Thus, this study found an increase in all-cancer mortality. But it was only among those who had over about four and one-third drinks per day. Of course, that’s much higher that U.S. federal guidelines.

Resources: Alcohol and Risk of Dying from Cancer

Eating Hints: Before, During and after Cancer Treatment. Bethesda: NIH, 2011.

When Your Parent has Cancer: a Guide for Teens. Bethesda: NIH, 2012.

When Someone You Love is Being Treated for Cancer: Support for Caregivers. Bethesda: NIH, 2010.

When Someone You Love Has Advanced Cancer: Support for Caregivers. Bethesda: NIH, 2014.