Alcohol and the Bible is an important subject. As with many religious matters, it is controversial. Therefore, we look at the evidence. Ultimately, you must decide.

The writings of St. Paul (first century) deal with alcohol in detail. They’re important to traditional Christian thought on the subject. For one thing, he considered wine to be a creation of God. Therefore, it is inherently good (1 Timothy 4:4). He also recommended its use for medicinal purposes (1 Timothy 5:23). However, he condemned drunkenness (1 Corinthians 3:16-17, 5:11, 6:10; Galatians 5:19-21; Romans 13:3). Additionally, St. Paul recommended abstinence for those who could not control their drinking.1

However, late in the second century, several heretical Christian sects rejected alcohol. As a result, they called for abstinence. However, the Church responded strongly. It asserted that wine was an inherently good gift of God. Therefore, it was to be used and enjoyed. Although people may choose not to drink, to despise wine was heresy. The Church clearly advocated its moderate use. On the other hand, it rejected excessive or abusive use as a sin. With this in mind, those who could not drink in moderation were urged to abstain.2

Then the temperance movement spread in the 1800s. Also it became very strong. As a result, some Christian churches began to preach that drinking alcohol was undesirable. Not only undesirable, but bad…very bad. In fact, so very bad that it was sinful. They also decided that the substance of alcohol itself was evil. 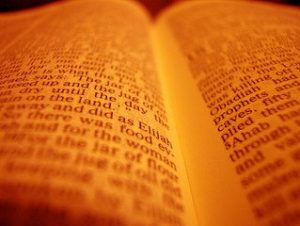 Royce has observed that “there seems to be neither historical nor theological basis for the total abstinence movement.” That’s because “Jews, Christ, and the founders of the major Protestant denominations all drank.” He noted that “Although drunkenness is condemned in both the Old and New Testaments, there is no condemnation of drinking in either.”3

Temperance theologians believed two fundamental things. One  was that drinking wine was sinful. Second was that alcohol was evil.

However, there is a major problem. Jesus, himself, had both made and consumed wine. In addition, he had approved of its moderate use.

In short, these ideas are inconsistent. Jesus could not have been a sinful consumer of evil. Therefore, they formulated the “two-wine” doctrine. They thought it dealt with these otherwise inconsistent facts.

To be sure, the two-wine theory is simple. Whenever “wine” was used by Jesus or praised as a gift of God, it was really grape juice. Only when it caused drunkenness was it wine.

Thus, they interpret the Bible as asserting that grape juice is good and that drinking it is acceptable to God. But they argued that alcohol is bad. Therefore, drinking it is rejected.

However, this reasoning appears to be incorrect for at least two reasons. First, neither the Hebrew nor Biblical Greek words for wine can be interpreted as referring to grape juice.4 Indeed, the same Hebrew and Greek word is used for the wine that Jesus drank and the wine that made Noah drunk.5

Second, grape juice quickly ferments into wine. Especially in the warm climate of the Mediterranean region without refrigeration. Nor did they have other modern methods of preservation.

During Prohibition in the U.S., temperance activists paid a scholar to rewrite the Bible omitting all references to alcohol beverages!

V. Resources for Alcohol and the Bible

The following resources present a diversity of views on biblical teachings about alcohol. Note well. This page is informational only. Therefore, it does not try to change any religious belief or practice.

Also, do you know of any items that should be added? If so, please contact hansondj (at sign) Potsdam (dot) edu/. In fact, readers help improve this website. So thank you for helping!