Alcohol and the perception of beauty. Are they related? Don’t the Girls All Get Prettier at Closing Time? mused Mickey Gilley in his hit song. The lyrics suggest that the prospect of spending the night alone was the cause. The song expressed amusement at “the way a man’s opinions change as he starts to face that lonely night.”

But could an increasing blood alcohol concentration as closing time approaches be the reason? A research team at the University of Bristol in the U.K. studied drinking alcohol and the perception of  beauty.

Alcohol and the Perception of Beauty: Research 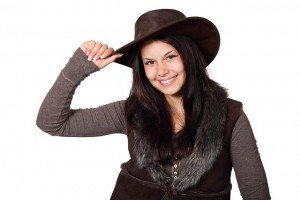 In this large study, participants were asked to rate the attractiveness of both male and female faces after their blood alcohol concentration levels were tested.  The investigators found no evidence of any relationships between alcohol consumption and either overall perception of the attractiveness of faces.1 In short, no relationship between alcohol and the perception of beauty.

But Kinky Friedman said ‘Beauty is in the eyes of the beer holder.’ Other research tends to support his view. One of the reasons may be connected to symmetry. Facial symmetry is a major factor in the perception of beauty.2  That is, people with more symmetrical faces tend to be seen as more attractive. Research suggests that at higher levels of intoxication, the ability to recognize symmetry declines.  And this declining ability to see symmetry extends to abstract geometric shapes as well.

Most research strongly suggests that alcohol consumption increases the attractiveness of others. ‘This may help to explain increased frequencies of sexual encounters during periods of alcohol intoxication.’4

It appears that drinking causes people to see others as more attractive. In addition, alcohol and the perception of beauty seems to have behavioral implications. But Mickey Gilley expressed it more poetically in his  “Don’t the Girls All Get Prettier at Closing Time.”