This study examined alcohol and the risk of SLE or systemic lupus erythematosus. Does drinking either raise or lower the risk of developing the disease? Researchers wanted to know.

Study: Alcohol and the Risk of SLE

The investigators tested the idea that alcohol would be associated with lower risk for SLE compared to abstaining from alcohol. Their logic was that alcohol’s anti-inflamatory action would be beneficial.

The researchers summarized their findings. ‘In these large prospective cohorts of women followed for many years before the diagnosis of SLE, the study found a potential protective association between long-term alcohol consumption and reduced risk of developing SLE.’

SLE is an autoimmune disease. For unknown reasons the immune system begins attacking the body’s own tissues.

The symptoms of SLE vary widely from person to person. They may come and go. But almost everyone with SLE has joint pain and swelling. Some develop arthritis.

These are some other common symptoms.

Other symptoms depend on which tissues are attacked by the immune system.

Drinking alcohol over a period of years might reduce the risk of developing  SLE. 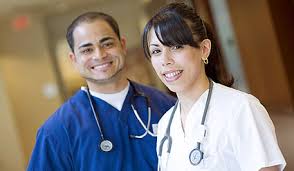 Note. Opportunity to help medical science. Together, NHS and NHS are the world’s largest and longest-running study of health. NHSIII is now recruiting nurses and nursing students. as participants. Help further our understanding of alcohol and the risk of SLE. The NHSs are a major source of medical knowledge. To learn more, visit NHSIII.