This study followed 6,916 women from five towns in southern Sweden. They were 50 to 59 years of age when recruited. The recruitment was between late 1995 to early 2000. Each participant received a physical, gave a health history, and completed a health questionnaire. 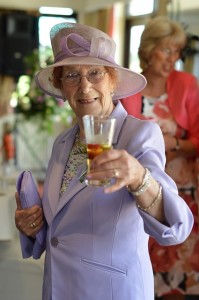 Participants were followed from the day of screening until death or until mid-2015.

The typical J-shaped relationship was found. Researchers controlled or adjusted for body mass index (a good measure  of body fat), physical fitness, smoking, education and marital status. They also adjusted for the existence of diabetes and ischemic heart disease before screening. Following these adjustments, the J-shape remained.

The researchers concluded that there was ‘a clear J-shaped relation between the amount of alcohol consumption and all-cause mortality’ after controlling for important risk factors.

This study adds to the strong evidence that drinking in moderation reduces the risk of mortality.