Many people want to know how much to drink for health and longevity benefits. They usually look to official recommendations listing maximum limits. Indeed, health professionals use them as well for guidance.

Countries around the world have created official guidelines. Public policies about alcohol tend to be based on these official recommendations.

But what is the scientific and medical evidence for these guidelines? How accurate are they?

Here are answers to those and other questions. These can help you decide how much alcohol to drink for health and long life.

1. Official drinking guidelines are political in nature rather than medical or scientific. Therefore, the limits vary from country to country.

The medical evidence is the same everywhere. Yet some countries set their maximum limit about two and one half times higher that of other countries. Scientific evidence appears to play a minor role in the decisions.

The U.S. guidelines were first conceived and promoted by government lawyers. They weren’t physicians, nutritionists, or scientists at all.

The situation in the United Kingdom was hardly better. But at least the guidelines were conceived by physicians. Dr. Richard Smith was editor emeritus of the British Medical Journal. He was a member of a special Royal College of Physicians committee. It created the UK’s first drinking guidelines in 1987.

Dr. Smith later wrote that the drinking limits were not based on any clear evidence at all. Instead, they “were really plucked out of the air.” He said “It was a sort of intelligent guess by a committee.”

So much for careful medical analysis. So perhaps government guidelines aren’t helpful in deciding how much to drink for health and longevity.

2. Risks differ by disease. The consumption level that that reduces the risk of one disease can increase it for another. Therefore, it’s important to consider the big picture. And the big picture is simple. People who drink in moderation tend to enjoy better health than either abstainers or alcohol abusers.

On the other hand, a woman with a family history of breast cancer should balance her still relatively low risk of breast cancer against the rather high cardiovascular benefits of drinking in moderation.

Ultimately, this becomes a very personal decision. Only she can decide how much to drink for health. And the advice given to her should reflect her own unique situation.

In addition, many, many studies report various health benefits from drinking at much higher levels than official guidelines.

5. Moderate consumption of alcohol either (a) reduces the risks of most diseases or (b) has no impact on the risks.

6. The risk of many diseases in increased with heavy or abusive consumption, especially over decades. The risk is often further increased in combination with smoking and/or obesity. Sometimes it’s also increased by a lack of exercise.

7. Research in several countries finds that the health benefits of light and moderate consumption in the population outweighs the harm caused by alcohol abuse.

That means that if the entire population abstained from alcohol, health would be worse. And also that people wouldn’t generally live as long.

8. For some individuals, alcohol may be contra-indicated. For example, pregnant women, alcoholics, people on certain medications, etc.

If in doubt about medications, ask your physician or pharmacist. Or read the labels on your medications.

However, there are both dietary guidelines and food pyramids created by nutritionists and physicians with no ax to grind. They’re based objectively on medical evidence with no pressure groups involved.

One example is the food pyramid created at Harvard University. 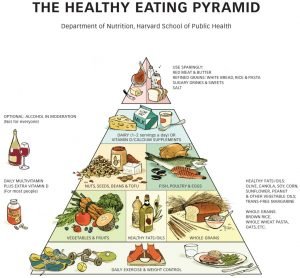 Another example is the Mediterranean Diet Food Pyramid described by Oldways Preservation Trust. 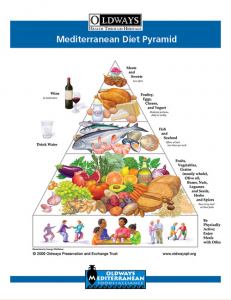 Get free mediterranean diet recipes, menus, and more at Oldways.

A person might choose to have two drinks per day. That’s 14 drinks in a week. But they shouldn’t save them up to have 14 drinks on Saturday.

11. The health benefits of drinking in moderation tend to be roughly the same for beer, wine, and distilled spirits.

Some research finds beer to be best. In some, wine is the most beneficial. And in others, spirits is most effective in providing benefits. However, in the majority of studies there is little or no difference. It appears that alcohol itself is the primary beneficial substance in alcoholic beverages.

Cardiovascular diseases are the major cause of death. Moderate drinking promotes good heart and blood vessel health in a number of ways. Here are some of them.

Alcohol works in other ways. It

12. Most older people may not be drinking enough alcohol for good health and long life. Older adults are at much higher risk of a number of diseases.

Moderate drinking greatly reduces the risk of all these diseases and conditions. Yet nation-wide government surveys show very low consumption among older Americans.

These are the results a recent survey. Only 55% people over 50 had consumed an alcoholic drink within the previous month. And it dropped to only 40% among those 65 and older.

In the final analysis, only you can decide how much to drink for health and long life. But we do know that it should always be done in moderation.