Alcohol is part of the University experience. Frat parties, bar hopping and tailgating before football games are just as collegiate as classes and exams. Then there’s alcohol enforcement.

Yet it caught most everyone by surprise when [University of] Virginia’s new Alcohol Beverage Control [ABC] officer stationed in Charlottesville started bringing down a hammer on underage drinking. We can’t argue with the goal of enforcing the law. Yet the new officer’s methods could use a few cold ones.

The ABC officer, Kevin Davis, began his reign with guns blazing. After shutting down late-night drink specials last year, at least 21 alcohol-related arrests occurred over the weekend. Bars and fraternities are sleeping with one eye open. 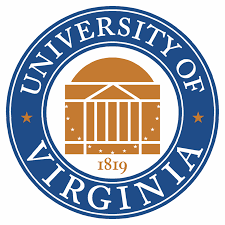 Problem is, Davis made no attempt to publicize the fact that he was suddenly going to begin rigorous enforcement of policies. Policies that had long been wink-wink, nudge-nudge. Davis’ efforts threaten to make the problem worse by driving underage drinkers away from the moderately regulated environments of the Corner and Rugby Road.

No one can quibble with the idea of enforcing the law. However, Davis is not accomplishing his goals by sneaking up on offenders. Enforcement campaigns work best when everyone knows they are in effect. Ideally, one would shout from the rooftops that if you’re underage and so much as think about touching a beer, you’re going to be against a wall getting handcuffed.

This is how the D.C. Metropolitan area’s “Smooth Operator” program targeting reckless drivers functioned. Tens of thousands of dollars were spent on TV, radio and billboard announcements, magnifying the effect of the actual enforcement.

Davis, on the other hand, has not only failed to publicize his strict enforcement policy. He hasn’t even made himself available to affected parties. ABC spokesperson Becky Gattings confirmed that the office hadn’t publicized the arrival of Davis.

Greek officials had to reach out to Davis in early August just in order to arrange a meeting. Davis also did not return repeated calls from The Cavalier Daily. This is a singularly odd way to go about winning community cooperation for an initiative that requires community cooperation to succeed.

And there are other unintended consequences of Davis’ abrupt hard line. Few underage students are going to stop drinking. They are simply going to stop drinking where there’s any ability to monitor them. Underage drinking will drift into private residences. They’ll be away from the Corner and Rugby Road where there are bouncers, bartenders and a constant police presence.

The Charlottesville Police Department explained what happens if a call comes in about underage drinking at a private residence. The police will “make some effort to verify whether it’s going on or not.”  That’s hardly an effective approach. Inter-Fraternity Council President Ross Kimbel agreed. He said the “current lack of communication and growing sense of uncertain paranoia” could lead to “less safe social atmospheres.”

There are certainly ways to curb underage drinking, and it’s a legitimate goal. Unfortunately, Davis is showing a lack of foresight by shutting himself off from the community. And by initiating a shock and awe campaign. Active engagement with the community will lead to a far more effective program and far less resentment.

Anytime he’d like, we welcome Davis to write a guest column to this paper explaining his rationale. We’d love to hear it.

Editorial on alcohol enforcement from The Cavalier Daily, U Virginia. Posted by permission of the Editor.