DON’T BE FOOLED!      A beer has the same amount of alcohol as a glass of dinner wine or a shot of whiskey. It’s 6/10th of an ounce in each case.

World-wide research shows that countries with higher drinking rates generally have fewer drinking problems. That’s in comparison to those countries where drinking is lower.1

In addition, the paradox is a good example of this fact within countries.

Researchers generally state social status in terms of socioeconomic status or SES. They calculate it by some combination of income, occupation, and/or education.2

The paradox is found around the world. It’s found in socialist, communist, and capitalist economies. In developed and developing countries. It’s found under dictators and freely elected leaders. In short, it’s everywhere. That fact makes it harder to understand. 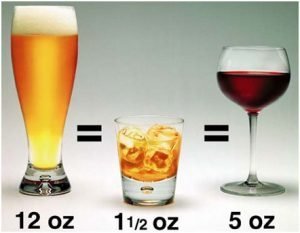 In addition, the paradox is stronger in men and younger age groups.3 On the other hand, that fact might make it easier to explain.

There are a number of possible reasons for the paradox. They include these.3

All of these could contribute to the paradox. If so, however, the exact degree now remains unknown.