The history of alcohol in recent decades will be familiar to many people. These alcohol and drinking events occurred in the decades following 1980. Perhaps you remember Billy Beer. Or either watching or hearing about 60 Minutes’ report of the French Paradox. Perhaps you remember when the federal government forced all states to establish .08 as the maximum legal BAC for driving. If so, this might be a sentimental journey.

Alcohol in the Middle Ages.

Alcohol in Recent Decades Around the World

An overabundance of Shiraz in Australia led to a government program to uproot the vines.1 Ironically, increased popularity of Shiraz has led to its being the most widely planted grape in the country.

The Bordeaux Chamber of Commerce launched Vinexpo. It has become a major event in the wine and spirits industry.5

The story of the now-famous Cloudy Bay winery in the Marlborough region of New Zealand began when David Hohnen first tasted Sauvignon Blanc produced there. ‘With the first sip, he was stunned. The wine was like nothing he had ever experienced. Its taste exploded in his mouth and demanded attention.’ He soon began producing his own at Cloudy Bay.8

The National Minimum Drinking Age Act of 1984 was passed in the U.S.9

A handful of Austria’s 40,000 wine producers artificially sweetened their wine by adding diethylene glycol. News organizations around the world mistook the additive for anti-freeze and claimed that Austrian wine was poisoned. In reality, the additive was less toxic than the alcohol in the wine. But the so-called scandal harmed sales.10 It might well be argued that the real scandal was that news media were so careless and irresponsible and ended up harming so many innocent people.

On the tenth anniversary of the historic Judgment of Paris wine competition, two replications were conducted with the red wines. (It was assumed that the whites would all be past their prime.) In both competitions (the French Cullinary Institute and the Wine Spectator blind tastings), the California wines aged better and increased their rankings.11

‘Until 1987, it was illegal to age, bottle, and ship port from anywhere but Vila Nova de Gaia. The goal was to prevent the wine from suffering from the ‘˜Douro burn,’ caused by the high summer temperatures in the Upper douro. Today, air conditioning makes it possible to prevent the burn….’

The United States has the highest national minimum legal drinking age in the world49 and the strictest youth drinking laws in the Western World.50

The U.S. Food and Drug Administration (FDA) approved Naltrexone for the treatment of alcoholism.30

Sherry (also called Jerez or Xeres) obtained exclusive legal right in the EU for the use of that name.31 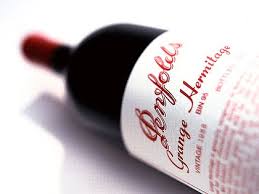 The Drug Abuse Resistance Education (D.A.R.E. or DARE) program was taught to nearly 40 million students in over 50 countries around the world. A large five-year study of the program was initiated to determine if it was effective in reducing alcohol and drug consumption. It was not.38

An alleged hangover cure became available outside of Russia under the brand name RU 21.42

Absinthe again became legal in the U.S. after almost a century-long ban. It had become illegal because of its supposedly hallucinogenic properties. This belief had been promoted by French wine producers who faced stiff competition from the increasingly popular beverage.54

The largest brewer in the U.S. announced that it would stop producing caffeinated alcoholic beverages under pressure from 11 state attorneys general who believed that it was a health hazard.55

Mothers Against Drunk Driving (MADD) entered into a license agreement to produce a line of non-alcoholic beverages, ‘MADD Virgin Drinks.’ They include virgin cocktails (Mohito, Margarita, and Pina Colada), a virgin Lager & Lime, virgin Red and White, and a virgin sparkling white Wine.56 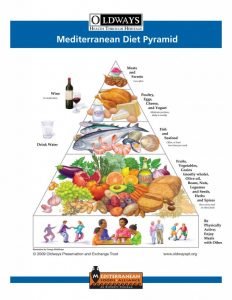 Wine author Paul Lukacs asserted that ‘The only places producing truly poor-quality wines in any significant volume are parts of the former Soviet Union as well as eastern and southern Asia…..’60

Alcohol in recent years has seen continuous change. We can expect even more change in the future. It should be fascinating to watch.

11 Historic Paris Wine Tasting of 1976 and Other Significant Competitions.

34 The Road to Recovery.

65 James, G. Candy Lightner Interview. Famous Interviews. http://www.famousinterview.ca/interviews/candy_lightner.htm  The abuse of alcohol in recent decades has declined greatly. But much work remains to be done.