Alcohol in the 17th century experienced change. It was the Age of Discovery. European countries were rapidly expanding their exploration of the world. They made not only geographic discoveries, but material discoveries as well.

The Middle Ages and Alcohol.

Alcohol in the 17th Century

Germans founded a temperance society in Hesse. Its members pledged not to drink more than seven glasses of wine at a meal. And not to do so more than two times per day. They also pledged to refrain from ‘full guzzling’ for two years after their initiation.19

English Parliment passed ‘The Act to Repress the Odious and Loathsome Sin of Drunkenness.’22

Bushmills, the oldest whisky currently distilled in the world, began in Ireland.23

For the first time, England imposed a levy on malt.26

The wine trade was the most profitable industry in Rotterdam.27 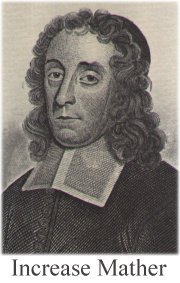 People drank widely and heavily during the first century and a half of the American colonies. This was typical of alcohol in the 17th century. People viewed alcohol positively but condemed its abuse. “In 1673, [Puritan minister] Increase Mather praised alcohol, saying that ‘Drink is in itself a creature of God, and to be received with thankfulness.'”29

A brewery was one of Harvard College’s first construction projects. That was to ensure a steady supply of beer for the student dining halls.32

Anyone operating an ale-house without a license was subject to a fine and whipping.33

The first attempt to impose prohibition in the New World occurred. Governor John Winthrop of Massachusetts attempted to outlaw all alcoholic beverages in Boston.35

Holland ordered the closing of all inns and taverns during worship hours and after 9:00 at night.36

The modern wine bottle wan an English invention,its creator Sir Kenelm Digby [1603-1665]….’  ‘[F]or the first time since the fall of Rome, Europe had the technology to age wine.’37

The West India Company built a brewery on a lane that became known as ‘Brouwers Straet.’  It’s in what is now Manhattan in New York City.40

A traveller in Poland described heavy drinking there as a national failure.41

Massachusetts General Court attempted to maintain moderate drinking. It focused on the role of tavern keepers.  They wern’t to let anyone ‘drink excessively, or continue tippling above the space of half an hour.’42

The importation of rum into New England from the West Indies began. The beverage became especially popular among poor people because of its low price.44

The North American colonies established their first distillery on what is now Staten Island in New York State.47

A rum distillery was operating in Boston. It was highly successful. Within a generation the manufacture of rum would become colonial New England’s largest and most prosperous industry.49

Claret (i.e., red Bordeaux wine) was the most popular wine in Scotland and England at the beginning of the Restoration.50

Maryland passed a law to promote the establishment of inns. Each had a monopoloy on alcohol sales within a specific geographic area. The goal was to promote innkeeping, brewing, distilling, travel and commerce.51

In Germany, Saxony-Gotha enacted an ordinance outlawing public drunkenness and specified a fine as punishment for any violation.55

A group of citizens petitioned Parliment for legislation to prohibit brandy, coffee, rum, tea and chocolate. It was because  ‘these greatly hinder the consumption of Barley, Malt, and Wheat, the product of our land.’ Parliment did not take action.58

Massachusetts established the office of tithingman to report alcohol violations in homes.59

The Portuguese began adding brandy to wine before the end of fermentation to stop it. That leaves some of the natural sugar in the wine.60

Beer was the major drink of the English. Consumption rose throughout the decade to 104 gallons per capita for the entire population.61

War broke out between Britain and France and King Charles II banned the importation of French wine.64

“In 1697 Emperor Peter I [of Russia] ordered the Moscow patrarch ‘to forbid priests to go to the pubs [so as] not to tempt ordinary people.”’70

22 Evans, W. Collection of Statutes connected with the General Administration of the Law. Vol. 3. London, Sanders and Benning, 1832.