People commonly think that alcohol intoxication causes speeding. Or driving recklessly. Most think that it causes aggression such as fights, domestic violence, etc.  And many think it causes people to act in sexually inappropriate ways. 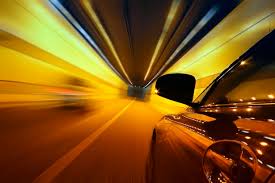 Of course, these are also common assertions to juries in court cases involving intoxicated persons . Especially those facing conviction for speeding, fighting, or engaging in prohibited sexual activities.

But intoxication does not cause people to do these things. Intoxication is often associated with these behaviors but doesn’t cause them. The simple fact is that alcohol does not act on peoples’ brains to inhibit them.

Research shows that drunken people have much greater control over their behavior than most people think. For example, in some isolated societies people don’t think  alcohol causes disinhibition. In those societies, intoxication doesn’t cause bad behavior. But when they “learn” that alcohol disinhibits, it does. That is, when intoxicated, they become disinhibited when intoxicated.1

Dr. Robin Room explains that “Because intoxication is culturally regarded as causing obstreperous or evil behavior, getting drunk indeed has these effects and, to an extent, legitimates them. Adesire to be obstreperous many thus motivate a drunkenness episode.”2  One man in a violent offender program had a profound insight. “When I first came to your program I told you that I hit my wife because I was drunk. Now I realize that I drank so that I could hit her.”3 Dr. Scott Hampton is a violence prevention expert, He notes that in our society “Alcohol acts as a permission slip.”4 It gives us an excuse to do what would otherwise be unacceptable. “Don’t blame me, it was the alcohol that made me do it.”

So is it true that alcohol intoxication causes speeding? Or aggression? Or bad sexual behavior?

It’s not the alcohol, it’s the person who acts. The ancient Chinese proverb says, it well. Drunken behavior is the fault the person, not the alcohol.” Research now shows that the Chinese wisdom was correct.

Readings on Alcohol Intoxication as a Cause of Behaviors: