Beverage alcohol is a drug. But exactly what is a drug?

A drug is simply ‘Any substance which when absorbed into a living organism may modify one or more of its functions.’1

In reality, “any substance that by its chemical nature alters structure or function in the living organism is a drug. . . . Pharmacological effects are exerted by foods, vitamins, hormones, microbial, metabolites, plants, snake venoms, stings, products of decay, air pollutants, pesticides, minerals, synthetic chemicals, virtually all foreign materials (very few are completely inert), and many materials normally in the body.”2

This means that foods, vitamins, hormones and the other substances described are all drugs. So practically everything is a drug including the oxygen we breathe. Nevertheless, there is a continuing effort by temperance-oriented groups and agencies to emphasize that alcohol is a drug. 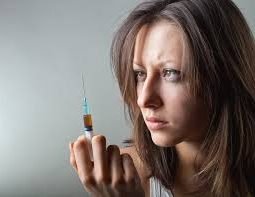 Their intent appears to be to stigmatize alcohol by associating it with illicit drugs. Dr. William DeJong   emphasizes that  “in modern usage, ‘drug’ has become shorthand for ‘illegal drug’ or ‘street drug.'” He points out that “People still go to the ‘drug store,’ but they go there to buy ‘medications,’ not drugs.”3

By equating alcoholic beverages with illegal street drugs, anti-alcohol activists attempt to create negative attitudes toward such beverages. They can more easily promote higher alcohol taxes, more stringent restrictions on the times and places alcohol can be sold, censorship of alcohol advertising, and similar policies to reduce alcohol consumption.

Asserting that “alcohol is a drug” is a deceptive tactic. But it appears to be effective.

1. SOLVO Biotechnology. Glossary. Some definitions of drug specifically exclude food. This might exclude alcoholic beverage as a drug according to those definitions because beverages are typically defined as food.
2. Modell, W. Mass drug catastrophes and the roles of science and technology. Science, 1967, 156, 346-351.
3. DeJong, W. What’s in a name? Let me count the ways. Prev File, 2004, 18(2), 2-5.