Alcohol junk science promoters and believers try to influence laws and public policy. For example, the New York State Assembly‘s Committee on Alcoholism and Drug Abuse held hearings. It wanted to know whether or not alcohol advertising has an effect on youthful drinking. And, if so, what action the Assembly should take.

For most who testified, it was an article of faith. Alcohol ads cause young people to drink and calls for strong action. They converged on the hearing like the faithful assembling for a tent revival meeting. And their testimony was about as science-based as the rhetoric at a religious revival.

Research from around the world has repeatedly demonstrated for decades that alcohol advertising doesn’t increase overall consumption. It doesn’t contribute to alcohol abuse. And it doesn’t cause non-drinkers to become drinkers. However, what it has found is that successful advertisers increase their market share. But it’s at the expense of their competitors, who lose market share.

But scientific evidence was irrelevant to the true believers. They showed great faith in their beliefs. As one testified, “we should trust our eyes and ears” instead of believing what science has shown.

The scientific facts don’t support those who opposed alcohol ads. Therefore, they were forced to rely on anecdotes, emotional appeals, impressions, beliefs, and extensive use of “junk science.” Of course there were testimonials, without which no tent meeting would be complete.

The true believers made great use of correlations. But these never, even once, proved anything. We know that increased consumption of ice cream is correlated with an increase in drownings. But that doesn’t mean that eating ice cream causes people to drown. People are more likely to both eat ice cream and to go swimming (and sometimes drown) in warm weather.

Virtually every true believer used meaningless correlations to convince legislators to impose additional restrictions on advertising. Some even called for the prohibition of alcohol ads. That reflected either naiveté or contempt for the Constitutionally guaranteed First Amendment free-speech rights of others.

This definition may be counter-intuitive. However, if a common-sense definition were used the “researchers” wouldn’t have any headline-grabbing findings to report. That’s the nature of junk science. Those who practice it want sound bites instead of sound science.

The misuse of language to persuade was pervasive. For example, believers defined the term” binge” so loosely that a so-called binge drinker could be completely sober. Similarly, 20-year-old married adults serving their country in the military would be “kids.” Persuading others rather than presenting facts accurately is the goal of junk science. 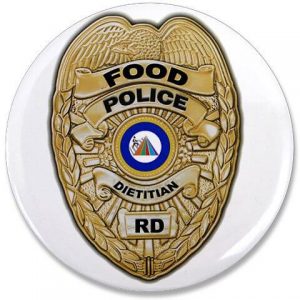 The true believers had faith, deep conviction, emotional fervor and proselytizing zeal. What they didn’t have was a shred of scientific evidence to support any of their beliefs and recommendations.

A the end of the day, the faithful alcohol junk science promoters went  home. They returned to the Center for Addiction and Substance Abuse and the Center for Science in the Public Interest. To the Center on Alcohol Marketing and Youth, and other bastions of committed believers. There they could refresh their zeal to convert non-believers.