Excessive drinking can contribute to social problems. These include the disruption of public order, violence, and sexual crimes. Can  local alcohol licensing policies reduce alcohol-related crimes?

Alcohol Availability Up, Consumption Down.

Researchers studied the impact of local licensing restrictions on the spatial and/or temporal availability of alcohol in England. They categorized each local area according to its licensing policy intensity. The categories for alcohol licensing policies were “passive,” low, medium and high. 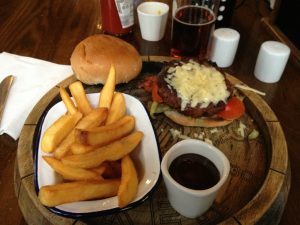 There was no overall impact of the strength of local alcohol licensing policies on alcohol-related crimes in England.

NSW Bureau of Crime Statistics and Research. The Association between Alcohol Outlet Density and Assaults on and Around Licensed Premises. Sydney: The Bureau, 2011.

NSW Bureau of Crime Statistics and Research. The Impact of Restricted Alcohol Availability on Alcohol-Related Violence in Newcastle, NSW.  Sydney: The Bureau, 2009.