Alcohol medical emergency amnesty policies at colleges and universities are to save lives. They give a higher priority to protecting students’ safety and lives than to enforcing alcohol rules. 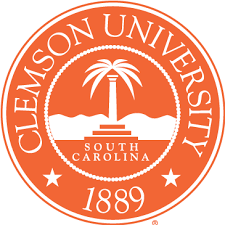 Hundreds of colleges and universities have medical alcohol emergency amnesty policies. Clemson University implemented such a policy after a major tragedy. The existence of an alcohol amnesty policy might have saved a student’s life. But other students feared punishment from reporting the alcohol-induced medical emergency.

The vice president for student affairs at Clemson University expressed the institution’s concern. “The health and safety of our students is absolutely No. 1.” He added “We still need to treat the student in a way that they recognize they have harmed themselves. There will still need to be an intervention.”

After the tragedy, a Clemson student leader explained the problem. “Students often express concern over the university’s response to emergency medical attention and alcohol. It’s unfortunate we punish students who act responsibly.” Students wanted to remove barriers from seeking medical help for others.

The executive director of the National Association of Student Personnel Administrators agreed. She said that school policies should focus on keeping students safe. They should also encourage them to look out for one another.

“To say that students are going to abstain and not have anything to drink is unrealistic” she said. “We have to find a way to deal with the issue that is more realistic.”

Clemson University did just that. It stepped up to the plate and formed such a humane policy.

The purpose of Clemson’s Medical Alcohol Amnesty Policy is simple. The goal is “to facilitate access and remove barriers to students who require medical assistance in alcohol related emergencies. It’s to provide the opportunity for caring, non-punitive interventions in response to such incidents.”