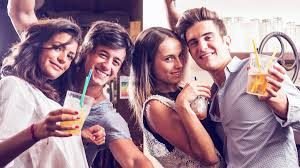 Alcohol pre-loading is drinking at a private residence before going out at night. The destination is a place to socialize, party, or attend a sports event (hence the term pre-gaming). Or it could be to go to any place where access to alcohol might be expensive, limited or prohibited.

I. Reasons for Pre-Drinking

The motives for the popular practice are many. They can include entering an event already buzzed or saving money by drinking less expensive alcohol at home before leaving.

It can be to ensure that the drinker’s supply of alcohol won’t be gone before the night is over. Often it’s to reduce anxiety before beginning the evening’s entertainment.

Some pre-load to socialize more easily without the loud noise in bars. And, of course, many pre-load simply to conform.

Preloading usually occurs before a night out. However, it often occurs before other activities at which getting alcohol might be a problem.

Researchers studied 18 to 24 year-olds in the Australian state of Victoria. They found that three-quarters reported pre-loading alcohol before going out at night to bars and pubs.1

Drinking Too Much Alcohol as a Self-Handicapping Strategy.

Some investigators report that pre-loading leads to higher consumption levels.2 However, a study in Cambridge, England reported that preloading was not a risk factor for alcohol-related emergency department visits.3

Alternatively, a study in Liverpool found very different results. It reported that those who pre-loaded were 2.5 times more likely to have been involved in a fight in the city’s nightlife during the previous 12 months.4 Similarly, a study in Switzerland also found that pre-loading was associated with negative outcomes.5

Studies have found that more women than men engage in preloading.6 However, estimates of the proportion of people who pre-load vary widely. And the proportion may be increasing as a result of more strict alcohol laws and their enforcement.

III. Other Results of Preloading

When pre-loading results from high alcohol prices, the effects on retail vendors are negative. That is, they sell less alcohol. It also increases their risk of liability as a result of serving intoxicated persons.

Pre-drinking, by whatever name, may be an undesirable high-risk practice.

1 Victorian Commission for Gambling and Liquor Regulation. Dangers of pre-loading on alcohol. State of Victoria website.