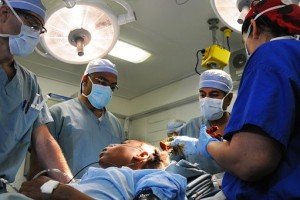 They searched eight major databases covering a 13 year period. They looked for studies reporting positive or negative blood alcohol concentration (BAC) at time of hospital admission. Eleven studies with 95,941 patients were found. Of those patients, 42% were positive and 58% were negative for BAC. An overall death rate of 12% among all cases of moderate to severe traumatic brain injury occurred.

Patients with positive BAC were much more likely to survive their injuries.

This is important. Traumatic brain injury is very serious.

For those who survive, the effects of  traumatic brain injury can be life-changing. They include poor

Most patients admitted to a hospital for traumatic brain injury have no BAC. This had led some doctors to propose administering alcohol to such patients to increase their chance of survival.1

Bottom line.  Does alcohol reduce death from traumatic brain injury? Research strongly suggests that it does. An that it does so significantly.