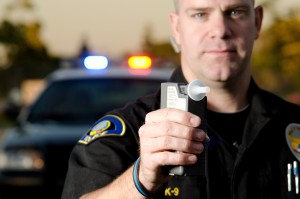 Data from 29 states and D.C. over a ten-year period were used. They were examined for each year for each state. The number of drivers in fatal crashes with a BAC at least .08 was recorded. So was the number with a BAC of .00. A ratio was then calculated. Driving under the influence (DUI) arrests per capita were also calculated.

To strengthen findings, adjustments were made for possible confounders.

Readings on Crashes and Traffic Enforcement.