Industry funding of research can sometimes bias research findings. That was the case of tobacco company support of smoking research. Many people are concerned that alcohol research funding on health effects of moderate drinking by producers may bias the findings. That’s a very logical and sound concern.

Here’s a good example of that fear. The National Institute on Alcohol Abuse and Alcoholism is the federal agency on alcohol. It asked for funds from alcohol producers. The agency wanted to study the health effects of moderate drinking. It planed a ten-year study. It would involve tens of thousands of participants.

However, critics feared that financial support from producers was a conflict of interest. They said that it would bias the research findings. Therefore, the study was abandoned.

So what’s the evidence about industry support of alcohol research funding on the health consequences of moderate drinking? 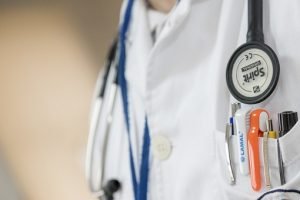 Researchers looked for any impact of funding on study findings about the health effects of moderate drinking. They used meta-analyses that included observational studies. They studied 14 health outcomes. These included all-cause mortality, dementia, type 2 diabetes, and several cardiovascular diseases and cancers.

The researchers used subgroup analyses and meta regressions. However, they could find no meaningful eﬀects of funding source on study results. In fact, there are differences. But the beneficial effects of drinking are usually stronger in the studies not supported by the alcohol industry.

Thus, alcohol research funding by the industry does not appear to bias research findings in favor of drinking.

For more, visit Are Moderate Drinking Findings True or Bought by Industry?

Three-Tier System of Alcohol in U.S.