News editors are interested an erroneous report that more college students are binge drinking. They’re not interested in an accurate report that fewer and fewer collegians are doing so. So the “scare” report is carried in headlines across the country. On the other hand, the non-scare report is greeted with yawns and ignored. Bottom line: alcohol scare tactics work.

Alcohol activist groups capitalize on the thirst for exaggerated and sensationalist stories. 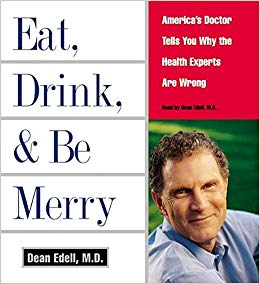 “America’s Doctor,” Dean Edell, M.D., has pointed out that the Journal of the American Medical Association (JAMA) examined this bias toward scare stories in mainstream newspapers. It published two articles on the same subject. That was the link between nuclear radiation and cancer.

One study found a higher rate of cancer among a small number of workers in a radiation research laboratory.  The other story found no increase in cancer among 18,000,000 people living near nuclear facilities. The first study was “scary” while the second was” non-scary.” Of course, very few people work in radiation labs. However many miny millions of people live near nuclear facilities.

Then JAMA did a sting. Dr. Edell explained it. Specifically, the journal issued carefully crafted press releases. They were of similar length and tone reporting both studies. JAMA wanted to see how newspapers across the country would handle both stories.

The results? Seventeen major newspapers covered at least one of the studies. Nearly half of the stories dealt only with the scarier report about the nuclear lab workers. For example, the New York Times, the Los Angeles Times, and USA Today didn’t even mention the non-scary study.

Furthermore, the papers that did cover both reports wrote in far greater detail about the scary study. Wire service coverage was similarly biased in favor of the scary study.

Many temperance-oriented groups and activist leaders typically ignore positive findings about alcohol. Instead, they focus on any negative result they can find in a study, regardless of its significance. It’s hard to get publicity and to raise money if the public realizes that underage drinking continues to drop. And along with it alcohol-related problems. Or that moderate drinking promotes better health and longer life than abstaining.

Temperance-oriented groups include the Center on Addiction and Substance Abuse (CASA) and the Center for Science in the Public Interest (CSPI).  Also Mothers Against Drunk Driving (MADD), the Center on Alcohol Marketing and Youth (CAMY), and Henry Wechsler’s College Alcohol Studies.

Dr. Edell is right that we trust the media at our own peril. After all, it’s our health, not theirs.