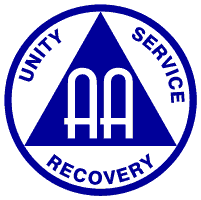 In A.A., alcoholics are taught that they

A.A. meetings have a one-year success rate of only about five percent. In other words, about one of every 20 members. That’s such a low success rate that if it were a new treatment, the FDA would never approve its use!

Nation-wide research by the National Institute on Alcohol Abuse and Alcoholism (NIAAA) was done. It found that no program at all ismuch more effective than being a member of AA.

It appears that certain parts of the 12-step program actually inhibit achieving sobriety for most members. One example would be that of loss of control. In fact, believing in this theory reduces sobriety!

Fortunately, there are effective alternatives.

These programs use evidence-based techniques and advances in neuroscience and brain plasticity. All of them help people achieve either moderation or abstinence.

Resources: Alcoholism is a Behavioral Pattern

Fingarette, H. Heavy Drinking: The Myth of Alcoholism as a Disease. Berkeley: U. California Press, 1988.