Reading and following suggestions found in alcoholism self-help books makes it easier. This can help people either abstain or drinking in moderation.

Most of the materials listed here are especially useful to those who wish to reduce or moderate their drinking.

People have an amazing ability for alcoholism self-help. More than one-third (35.9%) of adult alcoholics in the U.S. are now in full recovery. The National Institute on Alcohol Abuse and Alcoholism (NIAAA) made the report. Its nation-wide research yielded the findings.

The fully recovered individuals have no symptoms of either alcohol abuse or alcoholism. They either abstain from alcohol or drink in moderation. The vast majority achieved their success without any treatment or therapy of any kind. See Alcoholics Can Recover from Alcoholism & Drink in Moderation.

The bottom line. Alcoholism self-help can be highly effective. 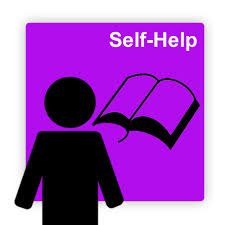 Two lists of alcoholism self-help books are provided below.

Books on the first list are in WorldCat. It’s the world’s largest network of library content and services. It is the largest “library card catalog” in existence.

The second list contains those books for which information is provided on Amazon but not on WorldCat.

To learn more about a book in this list, simply click on the title. This leads to WorldCat. It describes the book and shows which libraries have it. It also provides information  helpful for ordering the book from a bookstore or on the internet.

Saying when: how to quit drinking or cut down. Sanchez-Craig, M. Toronto: ARF, 2002.

The following books are not in WorldCat. To learn about a book in this list, click on the title. It links to to Amazon.com. You can read about or order the book there.

The Alcoholism Cure by S. Hall.

How to Stop Drinking by L. Hemingway

The Binge Drinking Solution by B. Tideas.

Quit Drinking / Stay Sober: The Easy Way by A. Verg

The 12-Step Buddhist by D. Littlejohn

Powerless No Longer by P. Soderman and M. Werner

Alcoholism Treatment For Being Happy Again by F. Owell.

How to cure alcoholism by A. Marrero.

How To Conquer Your Alcoholism, 2015 by D. Williams.