Although it’s a professional medical organization, the American Medical Association (AMA) is also a major political organization. In its efforts to influence public policy, the AMA plays fast and loose with facts. Thus, AMA’s alcohol information and statistics are often either wrong or misleading.

The AMA has  asserted that it “long has focused on how alcohol advertising affects young people, who, studies show, typically will see 100,000 beer commercials before reaching age 18.” 1

In reality, not a single study has ever shown that young people typically see 100,000 beer commercials before reaching age 18. No such study exists. The AMA has gullibly presented an urban myth as fact. Most professionals in the field of addictions have long known that this statistic is a pure fabrication. It’s a figment of imagination that has absolutely no basis in fact.2 Perhaps the AMA was unaware of this common knowledge. Nonetheless, simple common sense should have suggested to anyone its impossibility 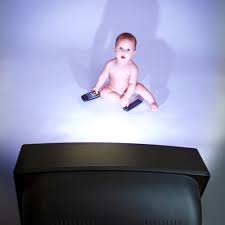 There are about 6,205 days between birth and the 18th birthday. Does the AMA really think that even newborns watch television? And that they somehow  understand the content of ads? Also, to see 100,000 beer commercials during that time, the person would have to see over 16 beer commercials each and every day on average. That fact should have caused the AMA to try to verify the veracity of its assertion. Of course, it never did. So much for the accuracy of AMA’s alcohol information.

An undergraduate student who conducted an Internet survey to estimate teen alcohol use would probably receive a very low, if not a failing grade. That’s because the Internet survey would be completely unscientific. It would violate the most basic principles of legitimate survey research. Therefore, the results would be unreliable and misleading.

Established research ethics require that the results of an Internet survey be clearly identified as unscientific. That’s in order to alert and protect the public. However, the AMA has failed to disclose this in its press releases of its widely publicized reports.3 Not surprisingly, its findings are often inconsistent with those of federal and other research.

The AMA also uncritically passes off flawed and debunked “studies” by the Center on Alcohol Marketing and Youth (CAMY). That’s an activist, not a scientific group.4

The AMA also asserts, without any evidence whatsoever, that alcopops are aggressively marketed to underage people. It insists that “parents should be outraged” that these beverages “clearly target” underage persons.5 That’s strong language.

However, the Federal Trade Commission (FTC) has thoroughly investigated that charge several times. It has carefully examined internal company documents, product placement in stores, data presented by alcohol activist groups, and much other evidence. In each and every case the FTC has found no evidence of industry targeting of those who are underage. In fact, it has found that most of those who drink the flavored drinks in question are over age 27.6  That doesn’t reflect well on the AMS’s alcohol information.

An AMA headline shouts: “Break needed from alcohol ads: Alcohol advertising is one of the major culprits” causing alcohol abuse…” 7 The AMA repeatedly insists that alcohol ads cause people to drink and to abuse alcohol. However, decades of scientific research conduced by governments, health agencies and universities around the world belie the AMA’s claim.

Alcohol advertising doesn’t increase overall alcohol beverage sales, stimulate alcohol abuse, or induce non-drinkers to become drinkers. However, that doesn’t stop the AMA from making its baseless charges. The AMA’s alcohol information simply has no credibility. It might be right…or wrong. Therefore, people can’t trust it.

Currently, the AMA is calling for voluntary bans on alcohol beverage ads. However, its long-term goal is for the imposition of a ban on virtually all alcohol ads. “The Association has long had a policy calling for a ban on all alcohol advertising outside of liquor stores and bars. ‘The AMA still wants a ban, but you have to get half-way to your destination before you complete the trip,’ said Dr. Scotti” of the AMA.9

A major obstacle to the AMA’s goal of censorship is the First Amendment of the United States Constitution and its guarantee of free speech. The AMA’s alcohol information and statistics should reflect reality, not ideology.

The AMA repeatedly refers to an “epidemic“ of underage drinking.10 But in reality alcohol consumption by young people continues to drop. For example, among those age 12-17, about half were regular drinkers in 1979. But today, fewer than one in five are, according to federal surveys.11 But there’s an epidemic according to the AMA’s alcohol information!

The proportion of high school seniors who have ever consumed alcohol is down.12

The proportion of high school seniors who have consumed alcohol within previous year is down. 13

The proportion of high school seniors who have consumed alcohol within previous 30 days is down. 14

The proportion of high school seniors who have recently consumed alcohol daily is down. 15

The proportion of high school seniors who have consumed 5 or more drinks on an occasion within previous two weeks is down. 16

Similarly, the proportion of entering college freshmen last year who drank fell to the lowest level in the 38-year history of the American College Freshman survey conducted annually by UCLA and the American Council on Education.17

AMA Office of Alcohol and Other Drug Abuse

The AMA describes its Office of Alcohol and Other Drug Abuse as “a national program office of the Robert Wood Johnson Foundation.”18 Not only did the temperance-oriented Robert Wood Johnson Foundation establish the AMA’s office with an initial $5 million dollar grant but also it has poured many millions of dollars more into funding its activities.19

One of the Office’s activities has been to give ten universities $9 million to implement neo-prohibitionist practices on their campuses. A comprehensive evaluation of the program by one of its boosters found that the program is completely ineffective in reducing either alcohol consumption or alcohol abuse. However, the AMA continues to promote the program as if it were actually effective.

The AMA has virtually ignored the widespread steroid use and other drug abuse so common in many sports. But it repeatedly attacks NASCAR for permitting distillers to advertise or sponsor racecars.

NASCAR has for decades permitted beer and wine advertisements and sponsorships. Attacking NASCAR’s logical decision not to discriminate against distilled spirits is irrational. Standard drinks of beer, wine and spirits contain equivalent amounts of alcohol. That is, six-tenths of an ounce.20 A standard drink is a:

The United States is experiencing a health care crisis. Millions of Americans can’t afford medical care, medical insurance costs are skyrocketing and AIDS has not been conquered. As sports columnist Mark DeCotis says

Perhaps the AMA should refocus its concern on the myriad of other problems affecting Americans that it, as the main voice for physicians in this country, can control, such as affordable health care. 21

1. AMA. Break needed from alcohol ads: Alcohol advertising is one of the primary culprits in the normalization of youth drinking. Addressing it is an important part of the effort to curb underage alcohol use. amednews, editorial, Feb 24, 2003.

4. See Center on Alcohol Marketing and Youth: Its Objectives and Methods.

18. AMA. Break needed from alcohol ads: Alcohol advertising is one of the primary culprits in the normalization of youth drinking. Addressing it is an important part of the effort to curb underage alcohol use. amednews, editorial, February 24, 2003.