This page will help you understand Arkansas alcohol laws and avoid expensive fines or even jail. Not to mention time and embarrassment.

Arkansas alcohol laws apply both to residents and visitors. Remember that its laws may differ from those in another state. Laws vary from state to state. They also vary within the same state. Of course, you don’t want to end up in trouble.

Young persons often want to get jobs. Many are in hospitality. Some of the best involve selling alcohol. What’s the minimum age to serve alcohol in a restaurant? How old must one be to tend bar? What is the age to sell alcohol for drinking elsewhere?

Young people and others have questions. So we have facts for them.

Arkansas alcohol laws require people to be 19 or older to serve alcohol in a venue to drink there. The minimum age is 21 to tend bar. But it’s not so simple for selling alcohol for off-site drinking. One must be an adult to sell beer or wine for use elsewhere. Thus, a person must be at last 18. Nevertheless, parental consent is necessary for an adult to work with alcohol they’reunder the age of 21.

To sell spirits in a store for drinking elsewhere, one must be at least 21. Requiring age 18 for selling beer or wine, but age 21 for selling spirits comes from a myth.

The myth is that spirits are more alcoholic than beer or wine. But standard servings of beer, wine, and spirits all have the same amount of alcohol. That is, 0.6 ounce of pure alcohol. So they’re all the same in terms of alcohol.

Unknowingly selling alcohol to a person, even to an adult, under 21 is illegal. The penalty for a first offense is a fine of $200 to $500. The state punishes a second offense with prison for at least one year. It also carries a fine of at least $500. However, it could be as high as $1,000.

The penalty for knowingly selling alcohol to a person under 21 is 10 days in jail and a $500 fine. The state punishes a second offense with one to five years in prison and a $500 fine.

Arkansas has 75 counties and about half are dry. That is, they prohibit the sale of alcohol. (See list below.) However, private clubs can serve alcohol in dry counties.

Arkansas’ alcohol licensing defines when a bar or restaurant can serve alcohol. A Class A license permits sales from 7 a.m. to 2 a.m. A Class B license allows sales from 10 a.m. until 5 a.m. A Restaurant License permits alcohol sales until 1 a.m. It’s also illegal to sell alcohol anywhere in the state on Christmas Day.

Anyone under age 21, including adults, conviction of possessing alcohol results in a fine of at least $100. But it could be as high as $500. In addition, the person has to write a theme or essay on alcohol.

Arkansas alcohol laws permit family members to provide alcohol to those of any age under 21. “Family” may include a spouse of any age.

The use of a false ID to buy alcohol is a crime. It may lead to drivers license suspension. It is also a crime to make, lend, transfer, or sell any false ID. In addition, retailers have the right to detain those suspected of using a fake ID to buy alcohol.

Arkansas alcohol laws permit patrons to remove partially consumed bottles of wine from restaurants. But they can’t drink any of it in the car. That’s because the state prohibits drinking by anyone in a motor vehicle or on a public highway. However, it is legal to possess an open alcohol container in the vehicle. That is, it isn’t necessary to carry it in the trunk.

The penalty for a first conviction for DUI is license suspension for 120 days. For a second conviction it’s two years. For any additional convictions, the penalties become more severe.

The punishment for driving while license is in suspension is a 10 day jail sentence. In addition, the fines are up to $1,000.

All drivers have a U.S. Constitutional right to decline BAC breath tests. Nevertheless, Arkansas punishes those who do so. Using the right results in immediate driving license suspension for up to one year.

However, this does not apply to field sobriety tests. No state requires suspected drivers to take them. That’s because they are very unreliable. Research shows that 30% of people with a BAC of 0.00% fail them. That is, about one of three completely sober people will fail the test!

As a result, lawyers say never take it. Politely refuse. Police may promise, argue, threaten, or get angry. Again, politely refuse. And do so as long as necessary. Learn more at Never Take a Field Sobriety Test Say DUI Lawyers. 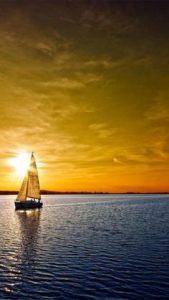 Arkansas alcohol laws prohibit anyone from boating while intoxicated (BWI). This also includes operating any jet ski, riding water skis, or similar devices. Furthermore, intoxication may be from alcohol, drugs, or both.

A first BWI leads to jail for up to one year and a fine up to $1,000. The state suspends the operator’s license is for 90 days.

A second conviction within three years leads to jail for up to one year and a fine up to $2,500. This time the state takes the operator’s license away for one year.

If a third conviction within three years occurs, jail is for 60 days to one year. The maximum fine is $5,000. Finally, the state suspends the license for three years.

Those convicted of BWI must also complete an approved alcohol education program or alcoholism treatment program. Furthermore, this is at the expense of the convicted.

The state punishes boaters to choose their Constitutional right to decline BAC testing. To do so it fines them up to $2,500. It also suspends their operator’s license up to six months.

Also see a list of dry counties in the U.S. at Dry Counties.

Arkansas alcohol laws can be hard to understand. That means they’re easy to misunderstand. Lawyers spend years studying law. So never rely on this site. Nor any other site.

Get information and advice about Arkansas alcohol laws from an expert. That is, a lawyer who holds a license in the state. Nothing else is wise. In addition, alcohol attitudes and enforcement practices vary by locale. Therefore, it’s also a good idea to select a lawyer very familiar with the locale in question.