To avoid an DUI in North Dakota, you should know at least these five things.

I. DUI in North Dakota

It’s illegal to drive with a blood alcohol concentration (BAC) of 0.08% or higher. Legally, that’s driving under the influence or DUI.

For those under 21, including adults 18 through 20, DUI is driving with a BAC of 0.02% or more. This is zero tolerance, although the young driver need not have a BAC of 0.00%. It can be over zero percent and still be legal.

That’s for several reasons. First, “breathalyzers” or alcohol breath testers are unreliabile. They don’t really measure BAC. (That requires alalysis of a sample of actual blood.) They only estimate it. That’s why not all states permit their use.

Another reason is that medications and foods often contain alcohol. Even bread does. A third reason is that everyone of any age produces alcohol naturally within their bodies. And they do so 24/7.

These are the penalties for DUI in North Dakota. 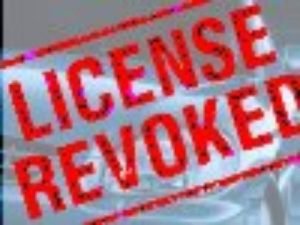 Getting hit with a charge of DUI in North Dakota or elsewhere is very expensive. And this is true even if you’re innocent. Of course, it’s even more expensive if you’re convicted.

Clearly, simply asking lawyers how much they charge per hour isn’t helpful. It’s like asking a grocer how much groceries cost.

In addition, there are non-financial costs as well. They may include pain and suffering, feelings of guilt, embarrassment, driving license suspension, loss of friendships, and many others.

Knowing the high costs DUIs is helpful. It’s a great motivation. That can help us try to avoid them.

Simply put, field sobriety tests lack validity. That’s why about one-third of completely sober people with a 0.00% BAC fail them. And they do so under ideal conditions.

Discover much more about field sobriety tests. Also, learn What to Do if Pulled Over by Police. Knowledge really is power to protect yourself. 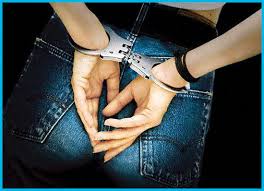 Obviously, a sure way to avoid a DUI is by abstaining from alcohol. Another choice is to use a Designated Driver or use public transportation.

Arrested for DUI in North Dakota?

If you are ever arrested for DUI in North Dakota, contact a lawyer immediately. The lawyer should be one who specializes in drinking and driving defense. Better yet is one whose practice is limited to that specialty.

The State Bar (lawyer) Association of North Dakota offers a lawyer referal service for $30. (Most state bar associations provide this service at no charge.) But there’s another option. Martindale-Hubbell offers a free on-line service that identifies lawyers by specialty and geographic area as well as both peer and client evaluations.

Hudson, T. The Drinker’s Guide to Driving. The Secrets of DUI, From One of America’s Top DUI Lawyers. Cork: BookBaby, 2013.

Sagsletter, R. Rights During a Police Stop / DUI in the U.S. What Officers Can and Cannot Do. Denver, CO: Outskirts, 2012.