To avoid an DWI in Louisiana, you should know at least these five things.

I. DWI in Louisiana

It’s illegal to drive while intoxicated. This is called DWI in Louisiana. It’s driving with a blood alcohol concentration (BAC) of 0.08% or higher. For commercial drivers it’s 0.04% or more. And for those under age 21, including adults age 18 through 20, it’s 0.02% or over.

The latter is zero tolerance. However, the BAC can be over zero. Louisiana does this to reduce the chances of convicting innocent young drivers.

The logic is simple. First, breathalyzers are not highly accurate. In fact, they don’t actually measure BAC. They really only estimate it.

Another reason is that many medications contain high levels of alcohol. Also many foods do as well. That includes baked goods such as bread.

And finally, everyone produces alcohol naturally within their bodies. This means everyone always has blood in their alcohol. Includes all drivers under 21.

Alcohol along with and prescription or over the counter drugs can be DWI. That’s if the drug label warns against combining it with alcohol. Also, controlled substances alone can result in a conviction for DWI.

The exact penalties imposed for DWI in Louisiana vary. Many factors cause these differences. Thy include such things as

These are the penalties for DWI by drivers 21 or older.

• Up to six months imprisonment.
• Fine of up to $1,000. Also court costs.
• Up to one year suspension of driver’s license.
• Proof of increased insurance for three years.
•

$100 fee for reinstatement of driving license.

• 48 hours to six months imprisonment.
• Fine of up to $1,000. Also court costs.
• Up to two years suspension of driver’s license.
• Proof of increased insurance for three years.
• $200 fee for reinstatement of driving license.

One year to five years imprisonment.
• Fine of up to $2,000 plus court costs.
• Up to three years suspension of driver’s license. Possible home confinement.
• Proof of increased insurance for three years.
• $300 fee for reinstatement of driving license.
• Possible vehicle confiscation.
• Mandatory four weeks in an inpatient substance abuse program. This followed by a mandatory four weeks in an outpatient substance abuse program.

The penalties for DWI by drivers under 21 are different.

A judge may decide to suspend lengthy imprisonment under one of two conditions. 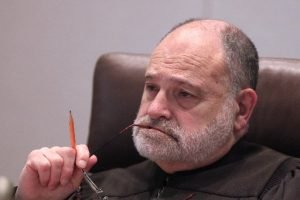 I. One is if the offender agrees to spend 48 hours in jail and be placed on probation. The offender must also submit to substance abuse evaluation and complete a driver education program.

II. The other is if the offender is placed on probation and serves 10 eight-hour days of community service. At least half of the service must be litter collection.

Offenders who are ordered to enter a substance abuse program must pay for its cost. Otherwise, the the judge revokes their probation.

• Any driver whose DWI causes the death of another person faces up to 30 years imprisonment.
• A driving license revocation automatically causes revocation of the offender’s boating license.
• An ignition interlock device may be required for a hardship license or for reinstatement of a license. It prevents a vehicle from starting if there’s alcohol on the driver’s breath. Offenders must pay the costs for installation, maintenance, and monitoring the device.

Getting charged with a DWI in Louisiana is very expensive, as it is elsewhere. And this is true even if you’re innocent. Of course, it’s even more expensive if a judge or jury convicts you.

It’s wise to select an experienced lawyer who specializes in DWI defense. The knowledge and experience of such a lawyer is invaluable. In fact, such a lawyer may take less time. 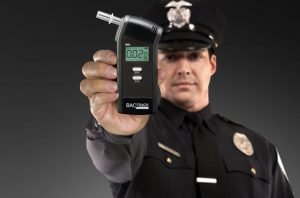 However, all drivers have a Constitutional right to decline taking a chemical BAC test. In spite of that, the state punishes those who use their right. Their license is revoked on the spot even if they are completely sober. The revocation is for one year. Also, the Louisiana denies any restricted driving for work, school, or other essential activities.

Discover much more about field sobriety tests. Also, learn What to Do If You Are Pulled Over. Knowledge really is power to protect yourself.

Arrested for DWI in Louisiana?

If you’re charged with a DWI in Louisiana, contact a lawyer immediately. The attorney should specialize in drinking and driving cases. Better yet is one whose practice is limited to such cases.