The answers to the beer quiz are at the bottom of the page. Hope you do better than your friends. But it’s not fair to peek at the answers!

1. The oldest brewing company in the U.S. is

Alcohol and the Body Trivia

2. The best way to get rid of the foam on top of beer (the head) is to

a. blow puffs of air into it.
b. shake the beer.
c. sprinkle a small amount of salt on it.
d. stick your fingers into it.

3. How does beer rank as a beverage in popularity around the world?

4. The famous Babylonian Code of Hammurabi (around 1750 B.C) called for the death penalty for retailers guilty of

a. watering down beer.
b. permitting customers to become intoxicated.
c. over-charging.
d. Any of the above. 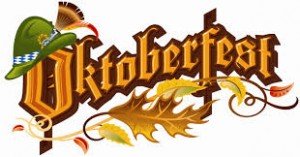 6. Who owned a private brewery?

7. Salted peanuts dropped into in a glass of beer will

All vitamins and minerals necessary for good health are in beer and other alcoholic beverages.

a. mushrooms and poppy seeds.
b. butter, bay leaves, and aromatics.
c. honey and bread crumbs.
d. All of the above.

10. Beer was first available in bottles in

11. A labeorphilist is a collector of

12. Beer cans with tab openers came on the market in

13. Ales include all but which one of the following? 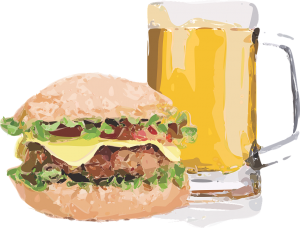 Books for Fans of Beer Trivia

LeBow, J. The Beer Devotional. A Daily Celebration of the World’s Most Inspiring Beers. Adams, 2010.

Palmer, L. How To Win Your Pub Quiz. Your Only Guide to Ultimate Victory. NY: Pavilion, 2013.

Answers to the Beer Quiz

1. Yuengling was established in 1829 in Pottsville, Pennsylvania. The first brewery in North America began in 1642 in Hoboken, NJ. But the first beer brewed on the continent was in Sir Walter Raleigh’s colony in Virginia. The year was 1587.

2. The best way to get rid of the foam on top of beer (the head) is to stick your fingers into it. The natural oil on your fingers breaks the surface tension of the bubbles. This collapses them.

4. Around 1750 B.C., the Babylonian Code of Hammurabi called for the death penalty for retailers guilty of watering down beer.

5. Munich declared Oktoberfest an official celebration in 1805. That’s many beers ago.

Not taught in history:

6. President George Washington built his own brewery at Mount Vernon. He was also the new nation’s first large distillery. It’s a popular attraction.

7. Salted peanuts dropped into in a glass of beer will “dance” about in the bubbly beverage.

8. A barrel of beer in the U.S. holds 31 gallons. This is enough to fill about 330 twelve-ounce bottles or cans.

11. A labeorphilist is a collector of beer bottles and/or beer bottle labels. The latter is implied by the word itself.

12. In 1962, tab opening beer cans came on the marketed. Eight years later over 90% of all beer cans sold had tab openings.

14. A Vienna is an amber. For more about beer and ale styles see the chart at Everything You Need To Know About Beer, In One Chart.

Hope you did well!