It’s generally argued that National Prohibition of alcohol was a failure. But there were some benefits of Prohibition. Here are a few.

Some of the Benefits of Prohibition

Prohibition outlawed the sale of alcoholic beverages. However,  there were exceptions for religious, medical and a few other purposes. Doctors wrote many millions of prescriptions for medicinal alcohol. For doing so, they made the equivalent of a half billion dollars per year. Drug stores also profited. Walgreens grew from 20 stores at the beginning of Prohibition to 525 ten years later.

Prohibition created high demand for grapes. Not for eating but for home-made wine. Grape acreage in California quickly increased by 700%.

The rapid increase in crime led to the expansion of prisons. This benefitted the builders as well as the correctional officers (guards) and administrators needed.

By making the sale of alcohol illegal, Prohibition benefitted illegal producers and distributors. The most famous was Al Capone. He made $60,000,000 per year, untaxed! The average industrial worker made under $1,000 per year. Much mob money made from Prohibition was poured into the development of Las Vegas. It’s boomed ever since.

Not well-known were the hundreds of thousands of people who became bootleggers. They included the high society LaMontages brothers. They included the odd-job laborer, Edward Donegan, who became a millionaire in four months. And the former police sergeant, Roy Olmstead.  His bootlegging operation made him one of the largest employers on Puget Sound. He employed office workers, bookkeepers, collectors, salespeople, dispatchers, warehouse workers, mechanics, drivers, rum running crews, and legal counsel. They all shared the benefits of Prohibition from his illegal activities.

Saloons had been for men only, except for prostitutes. But the speakeasies that arose with Prohibition welcomed women, who usually accompanied their husbands or dates. This led to equality in drinking, which continues today.

8. Those Whose Religion Opposes Alcohol 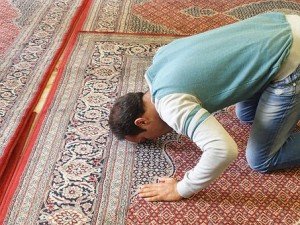 Some religious groups oppose drinking alcohol. They include Mormons, Jehovah’s Witnesses, some Pentecostal Christian groups, and Islam. Prohibition, both symbolically and in practice, supported their anti-alcohol beliefs.

Prohibition stimulated the cruise industry. “Cruises to nowhere” became popular. Ships would sail beyond the three mile limit. There, ships could legally sell and serve alcohol. They also provided gambling and other entertainment. The ships would sail in circles until it was time to return to shore.

Prohibition led to changes in international maritime law. “Rum rows” of ships floated just beyond the three mile limit. Smaller vessels would obtain illegal alcohol from those ships and take it to shore.

In response, the U.S. government extended its jurisdiction to twelve miles. This was to make it more time consuming, dangerous, and expensive for rum running boats to get alcohol from the “rum rows.”

Prohibition led to the development and great popularity of NASCAR. Many bootleggers had developed skill driving fast cars. Following Repeal, some bootleggers used their cars and driving skills to make money legally. 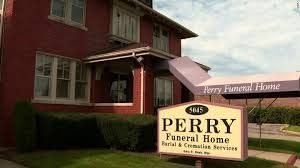 Many people benefitted from the hundreds of thousands of injuries, poisonings, and deaths caused by Prohibition. They included doctors, nurses, orderlies, hospital administrators, morticians, casket-makers, florists, and many others.

These are only twelve of the many benefits of Prohibition.