Heavy episodic drinking is often called binge drinking. It is a serious health risk. Especially among young people. How can binge drinking be reduced?

A variety of approaches are promoted.

Forcing higher alcohol prices has many supporters. They think it would be good  public health policy.

Are alcohol prices and binge drinking related? A review of research on the subject was made. Fifty-six econometric studies were found. Five natural experiments of tax reductions and six field studies were also found. 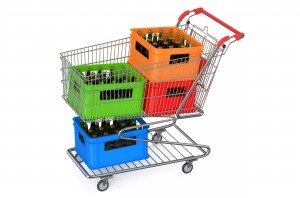 The outcomes examined included the incidence, the intensity, and the  frequency of binge drinking.

The overall evidence shows that the behavior of binge drinkers is not highly-responsive to increased prices. This finding held for both men and women. It also held  across different age groups.

The author concluded that increasing the prices of alcoholic beverages, by taxes or otherwise, would probably not be an effective way to reduce the incidence or severity of binge drinking. This would be true regardless of gender or age.