Here you’ll learn what bourbon is, bourbon terms, trivia, a list of bourbon distilleries, and bourbon resources. So enjoy!

To be a bourbon, distillers must

The Bottled in Bond Act of 1897 guarantees that any distilled spirit labeled “Bottled-in-Bond” meets specific criteria.

ABV is proportion of alcohol in a beverage by volume.

ABW is proportion of alcohol in a beverage by weight.

Angel’s share is the whiskey lost by evaporation during aging.

Barrel proof. The producer doesn’t dilute the spirit after removing it from the cask or barrel. As a result, it has a higher proof than the traditional spirit.

Bung is the stopper producers use to seal a barrel.

Brand name means proprietary name. It comes from the practice among U.S. distillers of branding their names on their kegs before shipping them.

Cask strength is the same as barrel proof. 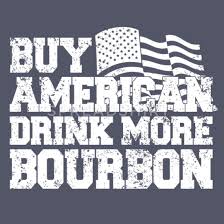 Charred barrels. Coopers use flames to burn or char the interiors of barrels.

Congeners are substances in alcohol. They occur in higher quantities in darker spirits. They add flavors. Unfortunately, they can make a hangover worse. So that’s another a good reason not to over-indulge.

DISCUS is the abbreviation for Distilled Spirits Council of the U.S. It’s a trade group of leading distillers.

Distillation is the process distillers use to separate alcohol from water. Alcohol evaporates at a lower temperature than water. Therefore, it evaporates first and then distillers condense it back into liquid.

Distiller’s beer. The fermented mash that producers transferred from the fermenter to the still for distillation.

Fermentation is the process during which yeast converts sugar into alcohol and carbon dioxide.

Finish is the lingering aftertaste that results after an alcohol beverage is swallowed.

Juleps are traditionally made from bourbon, sugar, and fresh mint leaves on crushed ice. However, there are many julep recipes.

Mashbill is the grain recipe used to make whiskey.

Mash tub or cooker. A large vessel in which distillers mix grains with water and cooked. They then transfer the resulting “mash” to a fermenter.

Neat is a spirit with no ice, mixers, or chilling. In other words, it’s simply right out of the bottle.

Nose is the aroma of a whiskey.

On the rocks refers to serving a beverage poured over ice cubes.

Proof is a measure of alcoholic level in a beverage in the U.S. It’s twice the alcohol by volume. For example, a 40% ABV would be 80 proof.

Rack house or warehouse is the building in which producers age whiskey.

September is National Bourbon Heritage Month in the U.S. by act of Congress.

Ricks are the wooden structures on which producers place barrels of whiskey for aging.

Single barrel whiskey is bottled from only one barrel. That is, it’s straight or unblended.

Small batch whiskey is blended from select barrels of mature whiskey. Producers do this to achieve a specific style.

Straight up or up is a chilled spirit or mixed drink consumed without ice.

Thief. A pipette distillers use to remove a sample from a barrel. Also called a barrel thief, whiskey thief, or wine thief.

Wheated bourbon. Bourbon made from a mashbill that contains wheat.

Yeast are single cell plants that convert sugar into alcohol and carbon dioxide.

National Bourbon Day in the U.S. is June 14.

Peachee, C. The Birth of Bourbon. A Photographic Tour of Early Distilleries. Lexington: U Press of KY, 2015.

Schmid, A. The Kentucky Bourbon Cookbook. Lexington: U Press of KY, 2010. 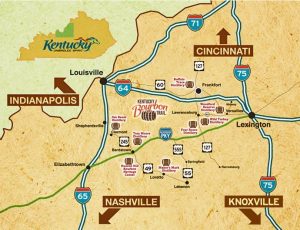 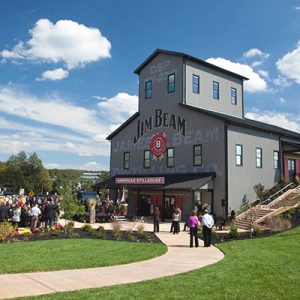 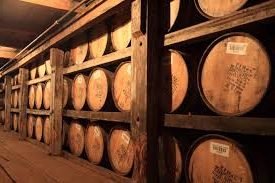 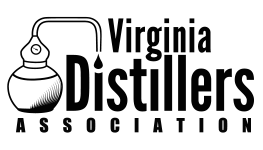 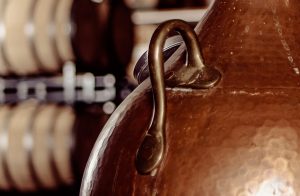 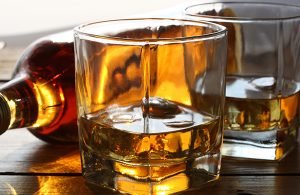 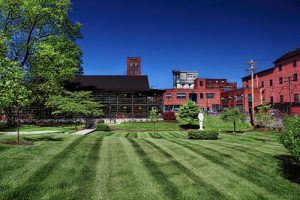 In addition, over 75 distillers have announced plans to produce bourbon.

Didn’t see your favorite bourbon distillery? Suggest it at hansondj[at sign]potsdam.edu/ Thanks! 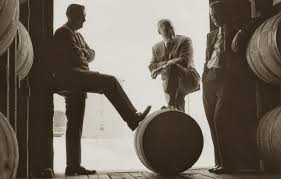 3 History of the Spirit.

Note. Names and images are informational only. No one provides any benefit to this website for posting names or images