This page will help you understand California alcohol laws and avoid expensive fines or even jail. Not to mention time and embarrassment.

California alcohol laws apply to both residents and visitors. Visitors may think California’s laws are the same as those at home. However alcohol laws differ across the country. Even within the state itself. And not knowing the law is not a defense.

Young people may want to work part-time. Many jobs are in tourism. And many involve working with alcohol. What is the age needed to be a server of alcohol? For being a bartender? Or for selling alcohol to drink off-premises?

Only adults may work as bartenders or as servers at venues that sell alcohol for drinking on-site. That is, they must be 18 or older. There is no age requirement for selling alcohol in stores for use off-site. But a manager must be present.

California alcohol laws let those of any age below 21 have alcohol in private locations. Except in vehicles. They may drink if a parent, guardian, spouse or other relative age 21 or older is present. Many parents do this to teach moderation in drinking.

It is illegal for those under 21 to drive with a blood alcohol concentration (BAC) over 0.01%.

Check out Famous People Arrested for Drunk Driving. And also Famous Alcoholics. You won’t believe some of the names!

Retailers may sell alcoholic beverages by the drink or package from 6 a.m. to 2 a.m. of the following day. But they may not sell to

People under 21 may be in most business serving alcohol. However, they may enter beauty salons and barber shops that serve free wine or beer. Businesses may only offer such beverages to their customers age 21 or older. And they may serve only six ounces of wine or 12 ounces of beer per customer.

Retailers may not employ anyone whose clothing exposing the “cleft of the buttocks.” Nor “any portion of the female breast below the top of the areola.”

It’s illegal for anyone under age 21 to buy, or attempt to buy, any alcoholic beverage. However, they may attempt to buy to help police entrap clerks.

In addition, drinking alcohol below the age of 21 is a criminal offense.

Customers of restaurants may take home partially consumed bottles of wine. This law is to discourage over-drinking to avoid wasting the remaining wine.

A person age 21 might give alcohol to someone under that age. They might think they are being a good friend. But a conviction can be harmful. It may keep the person from being a law enforcement officer, teacher, lawyer, social worker, etc. Ignorance is no protection.

It’s a violation of California alcohol laws to drive while impaired.

Most states set the BAC limit at 0.02% for those under 21. They do this for at least three reasons. First, breathalyzers are often inaccurate. In fact, they don’t actually measure BAC. They only estimate it. 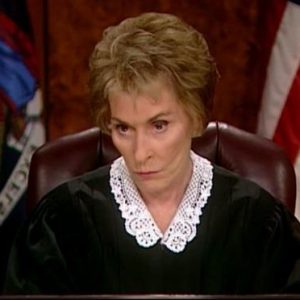 Second, everyone produces alcohol in their bodies 24/7. Finally, many foods and juices contain alcohol.

So setting the limit at 0.02% reduces the chances of convicting innocent people

The circumstances and the particular judge hearing the case determines the specific penalties. However, these are general guidelines.

The penalties for a first DUI conviction are these. Jail for at least 96 hours. But it could be up to six months. A fine of $390 to $1,000, plus surcharges. The court suspends the drivers licens for six months. However, the judge may grant a temporary restricted license. Also the offender may have to pay for an ignition interlock device (IID).

An IID prevents the vehicle from starting if there is alcohol in the driver’s breath. The state won’t reinstate the driving license without proof of increased insurance. It also requires proof the offender has completed a “driving under the influence” program approved by the state.

These are the penalties for a second DUI conviction. Jail from 90 days up to a year. The fine is $390 to $1,000, plus surcharges. The state suspends driving licenses for one year. It may also order the offender to pay for the installation of an IID. And it won’t reinstate the license without proof of increased insurance. In addition, it requires completion of the “driving under the influence” program.

For a third offense, the penalties are jail for 120 days to one year. The range of fines is the same. In addition, the state labels the offender a “habitual traffic offender” for three years.

The state suspends the drivers license for two years. The court may require an IID. In addition, it won’t reinstated the license without proof of increased insurance. It also requires proof of “driving under the influence” program completion.

For a fourth conviction, the state jails offenders for at least 180 days. But it could be as long as one year. The range of fines is the same. The state revokes the drivers license for three years. It labels the convicted a “habitual traffic offender” for the same length of time. License reinstatement requires the same proof

All drivers have a U.S. Constitutional right to decline submitting to a chemical BAC. Nevertheless, the state punishes those who use their right. The penalty is suspension of the driving license for at least one year.

The penalty jumps to a three-year suspension for a third use of this right. Or for drivers with more than one reckless-driving or DUI conviction within ten years.

But Note. None of these penalties apply to refusing to take a field sobriety test. These tests are very inaccurate. In fact, about one-third of completely sober people fail them. That is, people with a BAC of 0.00%.

Not surprisingly, lawyers strongly urge people never to take field sobriety tests. Police have clever arguments to convince drivers that it’s in their interest to take them. But it never is. Sometimes they say it’s the law. But it isn’t. While investigating, police can legally lie. So don’t be a sucker.

For these and other reasons, lawyers say never, ever take any field sobriety test. They say to politely refuse. And to do so as long as necessary. It’s a violation of California alcohol laws for anyone of any age to drink in their vehicle. Any open alcohol container must be in the trunk. It’s specifically against the law to have an opened alcoholic container in the glove box.

However, passengers may have open alcohol containers in a bus, taxi, camper, or motor home.

Drivers under 21 may not have alcohol in their vehicle unless with a parent. Or with another person specified by California alcohol laws. Furthermore, the alcohol must not be open. However, such drivers may carry alcoholic beverages in closed containers while working for someone with an off-site liquor sales license.

For a violation, the state may impound the vehicle for up to 30 days. It may issue a fine up to $1,000. Also it may suspend the driving license for one year.

Courts convict drivers under 21 of having a BAC of 0.01% or higher. Or of driving under the influence of alcohol and/or drugs. The penalty is revocation of the driving license for one year. In addition, the offender must complete the education portion of a DUI program. A later conviction leads to a longer DUI program.

The state uses earlier alcohol- or drug-related convictions of vehicle and boat operators to increase penalties for later violations.

It’s illegal to operate a motorized boat under the influence of alcohol and/or drugs. This also includes riding water skis, aquaplanes, or similar devices.

A BAC of .08% or higher proves intoxication. However, the state may use a BAC between .05% and .08%, with other evidence, to prove intoxication.

Those under 21 with a BAC of .01% or more may not operate any motorized vessel. Again, this also includes riding water skis, aquaplanes, or similar devices.


California has no “open container” law for boats

The state can use earlier alcohol- or drug-related convictions of vehicle and vessel operators to increase penalties for later violations.

Conviction for operating a vessel while under the influence of alcohol and/or drugs:

The state punishes those who use their constitutional right to decline submitting to a chemical BAC test. If convicted, they face increased fines and imprisonment.

As in other states, California alcohol laws can be confusing. An example is the California Alcoholic Beverage Control Act. It’s 431 pages of dense legalese. It’s a joy for bureaucrats and lawyers. But a nightmare for everyone else.

In addition, laws change. Their interpretation can change. They may conflict. Do not rely on this site. Nor on any other site.

And be very wary of advice from friends. Or neighbors. Colleagues. Even family members. Smile and thank them. Then ignore what they say. Their advice is worth what you pay for it. That is, nothing.

For advice about California alcohol laws, see an expert. That is, a lawyer holding a license in the state. The State Bar is a good resource. It has a free lawyer referral service.