A common way of trying to discourage alcohol drinking among college students is to emphasize the calories in alcoholic beverages. However, this may have dangerous outcomes.

A study of 4,271 undergraduate college students from ten universities participated in the study. Thirty-nine percent of the students had consumed alcohol within the previous 30 days. They reported that they restricted their eating on days they planned to drink alcohol. Of these, 67% said they ate less on those days because of weight concerns. 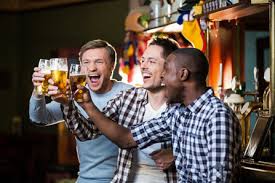 The practice of eating before and while drinking is highly desirable. That’s because it reduces intoxication. However, many college students reduce their eating on days they drink. And they do so because of a fear of the calories in alcoholic beverages.

In addition, many studies have shown that consuming alcohol tends not to increase weight. Also, among women, it is often leads to slight losses in weight.

So the use of the “alcohol will make you fat” tactic appears to be counter-productive and undesirable.

This website is for information only. Therefore, it makes no suggestions about nutrition or calories in alcoholic beverages.