Members of Congress formed the Congressional Temperance Society in 1833 . Both past and present members were included. It also welcomed heads of departments and military officers.

The goal of the new Society was to promote temperance. It used logic, good example, and moral influence. At that time temperance meant moderation rather than abstinence.

The Congressional Temperance Society prohibited members from discussing any controversial matter within the group.  That was a wise decision. Many temperance groups addressed other moral issues. This caused conflict and weakened their impact on alcohol. 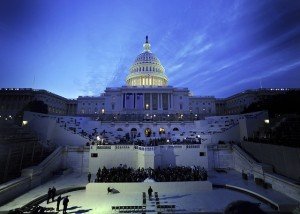 The temperance movement was becoming very popular. Politicians saw advantage to joining the Society. And there was little chance of any political disadvantage.

In 1840, the Washingtonian revival swept the nation. It brought renewed zeal into the temperance movement. It also radicalized its goal. The movement now largely abandoned temperance or moderation. Its new goal was complete abstention from all alcohol.

A series of meetings in 1842 led to re-organization of the Society. It had a new name and a new goal. It was now the Congressional Total Abstinence Society. Its new goal was abstinence from all alcohol.  In any amount. In any form: beer, wine or spirits. By anyone. For any reason. Period.

The Society relied heavily on the drive of its different leaders. This varied over time. The Society had a series of ups and downs. But it tended to have increasingly long and serious downs. The Society didn’t so much die as wither away.

More information about the Society exists. A good source is  Henry Ward’s “Congressional Temperance Society.” It appeared in the Cyclopaedia of Temperance and Prohibition by Funk and Wagnalls in 1891. A second good source of information is Keith Sprunger’s article, “Cold water Congressmen: the Congressional Temperance Society before the Civil War.” It appeared in The Historian in 1965 (volume 27, issue number four). These are available on the internet.