Deceptive alcohol statistics are everywhere. But if you understand how people deceive us, you’re less likely to be fooled.

Let’s start by looking at some statements. Which is or are true?

I.   Spin Story to Journalists

The scientific evidence about these is clear. In reality, they’re all false. Yet those with an ax to grind mange to convince us otherwise. How do they do that?

Most people who read the classic book How to Lie with Statistics do so in order to become more intelligent consumers of statistical information. However, it would appear that many alcohol activists might read the book as a training manual or guide to action. They learn tricks to promote deceptive alcohol statistics. Yet they develop many more.

Understanding statistics is a challenge, which creates a situation in which deception becomes easy. And the tricks and techniques are for promoting deceptive alcohol statistics are many. Here’s just a sampling.

I. Spin Story to Journalists

Journalists have a hard job. They‘re very busy and few are competent in statistics and research techniques. So some activists make the journalist’s job easier by preparing catchy headlines and memorable quotes within a well-written press release.

Therefore over-worked journalists don’t feel the need to read the actual research report. They often simply use press release itself as a ready-made story.

Case in point. One researcher titled a press release “Binge Drinking Continues Unabated on College Campuses.” Many newspapers then used that title for their headlines on the story. However, that title didn’t reflect the findings of the actual report. In fact, so-called binge drinking actually declined significantly.

Alcohol activist groups have a difficult task promoting their ideas because the scientific evidence usually doesn’t support their beliefs. For example, most such groups oppose alcohol beverage ads. However, decades of research by governments, health agencies and universities around the world fail to support their belief that such ads increase drinking. Or increase alcohol-related problems, or induce non-drinkers to begin drinking.

The research does demonstrate repeatedly that alcohol beverage ads can increase a brands market share, which grows at the expense of its competitors, who lose market share.

The amassed scientific evidence clearly doesn’t support the restriction or abolition of alcohol ads. Activist groups typically react to this fact by ignoring it. They then inundate the public with deceptive alcohol statistics as “facts.”

Here are some of their techniques.

One. Activists present meaningless correlations. For example, several years ago, they made much of fact that alcohol ad expenditures had dropped for several years and that underage drinking had also dropped during that time. But they quickly became silent about the matter when alcohol ad expenditures increased but underage drinking continued to fall. 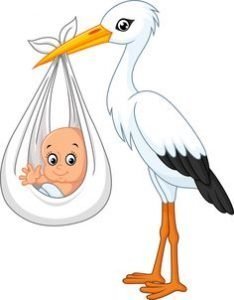 Note: They exploit the tendency to assume that a correlation demonstrates causation. For example, drownings and the consumption of ice cream are highly correlated, As one goes up the other does; as one goes down, the other does. But one doesn‘t cause the other. Both increase during hot weather. Similarly stork sightings have been highly correlated with births. And skirt heights have been correlated with the height of the stock market. And the list goes on and on.

Three. Temperance activists give anecdotes, often emotional in nature. Thus, they appeal to emotion rather than reason or logic.

Four. Activists show photos of alcohol ads they don’t like. Again, they appeal to emotion rather than reason or logic.

Five. Anti-alcohol activists simply assert, contrary to the scientific evidence, that alcohol ads cause people to begin drinking. Or that they increase consumption or create alcohol-related problems.

Another technique routinely used is to present advocacy reports as though they were scientific reports. Such groups, being political rather than scientific, virtually never submit their reports to peer review. Of course, that’s not the way real science operates.

In peer review, authorities read the report to determine if the methods, statistical analyses, logic, and other basics are acceptable. Approval by peer experts reduces the chances that the findings are erroneous.

Peer review is fundamental to science. Without it, there is absolutely no reason to have any confidence in the findings of a report. Peer review is the major mechanism science uses to maintain quality control. It’s a fundamental defense against incompetence, quackery, pseudo-science, and downright dishonesty.

Without peer review, a political report full of erroneous statistics can be passed off to the public as scientific. That’s exactly what most alcohol activist groups do.

With good reason, most alcohol activist groups are not held in high regard by scholars and alcohol researchers.

Less common but highly effective is another technique. That’s printing a summary of research that hasn’t been peer reviewed or published. But reporters equate tend to printing as equivalent to publication that has gone through peer review. The summary is sent to journalists. However, the data and their analyses are not given.

The temperance-oriented Robert Wood Johnson Foundation has funded many alcohol activist groups. To varying degrees, they can be seen as “front groups” for the Foundation. Or at least part of the same loose organization. Some describe them as feeding from the same trough. 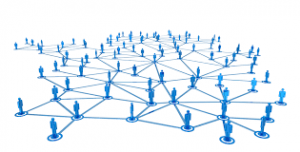 However, these groups tend to reference each other’s reports. They treat them as if they were truly independent and wern’t funded by the same source. This is a violation of scientific ethics. But since they aren’t scientific, they apparently don’t feel bound by such ethics.

The consequence is that weak and discredited reports continue to “echo” back and forth among the groups. They appear to be credible, and are more likely to be reported in the media. The media and public, of course, are duped.

Major players in the network all promote deceptive alcohol statistics. They include these.

Here is a list of what appear to be grassroots organizations dedicated to preventing underage alcohol use.

In reality, all of these groups are part of the anti-alcohol Robert Wood Johnson Foundation’s nation-wide program. It seeks to influence alcohol policy. They’re also important in the Foundation’s efforts to create the illusion of massive and widespread
grassroots support for its agenda.

The best example of the manipulation of terms is the misleading use of the term “binge.”
To most people, binge drinking brings to mind a self-destructive and unrestrained drinking bout or bender. It lasts for at least a couple of days. During that time the heavily intoxicated drinker “drops out.” Doesn’t work, ignores responsibilities, squanders money, and does
other harmful things. These might include such as fighting or having risky sex. This view is consistent with that portrayed in dictionary definitions, in literature, in art, and in plays or films.

It is also consistent with the usage of physicians and other clinicians. To them, a binge covers an extended period of time (typically at least two days). During that time a person repeatedly becomes intoxicated. Finally, the binger gives up his or her usual activities and obligations in order to be intoxicated. Essential is the combination of prolonged use and giving up usual activities.

It’s counter-productive to consider drinking five drinks over the course of an evening of eating and socializing. It is clearly inappropriate to equate it with a binge.

It is highly unrealistic and inappropriate to apply a prohibitionist definition to describe drinking in the United States today. Perhaps we should define binge drinking as any intoxicated drinking that leads to certain harmful or destructive behaviors. Or we could at least require that a person have a certain BAC to be defined a binger. Perhaps we could even require that a person be intoxicated before being labeled a “binger.” But one thing is certain. The unrealistic definitions being promoted by some researchers are misleading and deceptive at best. (For more, visit Binge Drinking)

Another example of manipulation is demonstrated by the Center on Alcohol Marketing and Youth (CAMY). It contends that alcohol ads are disproportionately found in youth oriented magazines (radio, television, etc.).

A third example of the manipulation of terms is found in the definition of “adult.” In the US, people legally become adults at the age of 18. They can vote, serve in the military, marry, serve on juries, own businesses, adopt children, and employ others. These adults can enter into legally binding contracts, have abortions, buy pornography, and even perform in it. Of course they can drive cars and other vehicles, fly airplanes, and so on. Finally, they can be imprisoned and even executed.

By calling young adults kids, (and even babies!), alcohol activist groups attempt to deny their adulthood and to justify denying them the right to have a drink.

Similarly, some activists groups almost never use the word alcohol but rather booze. That’s to stigmatize the beverages. Thus, two 20-year-olds toasting their mutual love at their wedding with Champagne are “kids boozing”!

VIII. Play to the Press

The media want something sensational to report and the temperance cause demands that things be getting worse. There must always be an epidemic. If a survey reveals no increase in drinking or drinking problems, a determined activist can always find something alarming.

Most research reports appear in journals without any fanfare. Those for which the university or organization issues press releases are likely to get some press coverage. However, the use of professional public and media relations companies can dramatically. It can even turn insignificant findings into front-page news.

A prime example of “bought news” is that of Henry Wechsler. The Robert Wood Johnson Foundation has poured about $6,500,000 into Mr. Wechsler’s College Alcohol Study project to date. He spent one million of that to buy publicity:

“That blew it out of the box,” says Marianne Lee, project director of the College Alcohol Study at the time. “We came out one day, and there were seven TV cameras outside the School of Public Health. We were taking calls from Australia.” 1

Henry Wechsler made the media rounds, appearing on TV shows. They included Nightline and Good Morning America. He wrote newspaper editorials and issued news releases on his studies. A million dollars can buy a lot of publicity.  Even if the findings are not new and have been earlier published by many others.

X. Promote Agenda with Money (Lots of It) 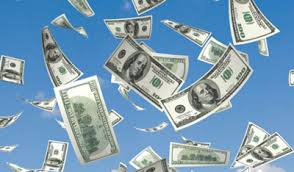 The Robert Wood Johnson Foundation (RWJF) has alone poured over 265 million dollars into its temperance agenda. That is, over one-quarter of a billion dollars. And that was in less than a five-year period. That’s over one million dollars per week it spent to buy public acceptance of its message.

As a result, the RWJF conceived most stories disparaging alcohol in the mass media. It started legislative pushes to limit marketing or increase taxes. And it seeded most supposedly “grassroots” anti-alcohol groups in the country.

The RWJF pushes the environmental approach. That shifts blame from the alcohol abuser to society in general. Thus, it wants to stop all alcohol ads, increase alcohol taxes, and strengthen warning labels. It wants to reduce sales outlets and to hold alcohol retailers responsible for problems caused by their customers, etc. The environmental approach tries to marginalize drinking and to stigmatize consumers. In short, it wants to follow in the footsteps of the anti-smoking campaign.